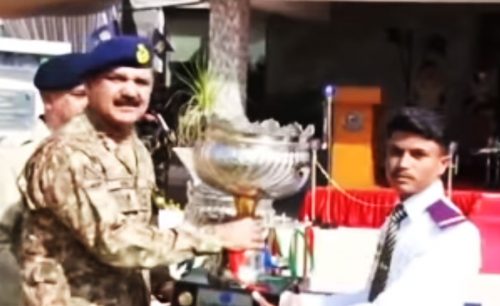 A large number of senior civil and military officials, tribal elders and parents of the cadets attended the ceremony. Commander Southern Command awarded COAS trophy to champion Sher Shah House besides giving away prizes to the outstanding students, who achieved distinction in Academic year 2018.

The college had also organised Science and Arts Exhibition displaying innovative projects developed by the students.

Military College Sui has been endeavoring to provide quality education to the youth of Balochistan. MCS cadets have also proved their worth at PMA by winning coveted ‘Sword of Honour’ in 2017 and 2018 consecutively and ‘President’s Gold Medal’ in 2017 was also won by cadet from Military College Sui besides winning various competitions at national and international levels.