GOJRA (92 News) – A robbery suspect, who was allegedly tortured by local police during interrogation, was admitted to the THQ hospital in Gojra on Monday.

The suspect identified as Umar of Garh Mohalla was taken into custody by a police in connection with a robbery case a day earlier.

The family demanded action against the responsible policemen.

However, Gojra police denied any such torture and claimed police took the man to the hospital after his condition deteriorated during custody. 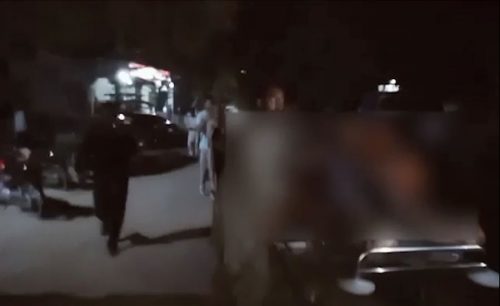 Sources told 92 News that policemen after dropping Umar at the hospital’s emergency escaped. Umar’s family also reached the hospital and raised hue and cry after he was not provided necessary treatment.

The heirs began protesting outside the emergency upon which the hospital administration swung into action, extended necessary media aide and referred Umar to Allied Hospital Faisalabad.