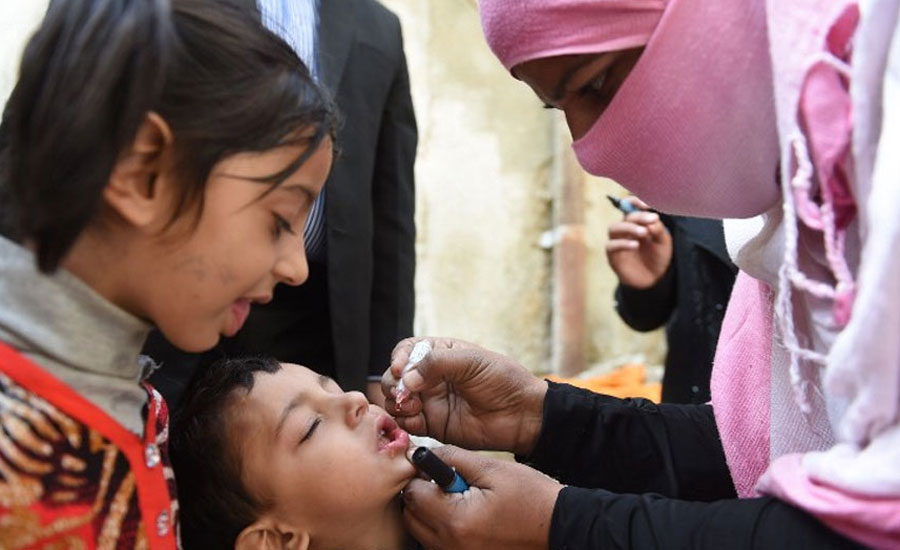 The frontline workers are visiting door-to-door to vaccinate the children in order to achieve the target.

He said that 33,000,000 children up to five years are being vaccinated and 223,000 frontline workers are participating in the drive.

The Anti-Polio Program coordinator appealed to the people to cooperate with the frontline workers to make the campaign successful. He said that parents should administer the vaccine to the children to protect from disability.

Meanwhile, Ulema have also appealed to the people to administer the anti-polio drops to their children. Ruet-e-Hilal Committee Chairman Maulana Abdul Khabeer Azad said that the people should vaccinate their children to save them from any disability.

Mufti Ashiq Hussain said that anti-polio drops are mandatory for saving the children from disability.

Allama Asghar Chishti said that the people should vaccinate their children if they want to see them as support in future.

Bilawal Bhutto says PTI's entire budget is based on lies