Any doubts over about December Fed hike may be swept away 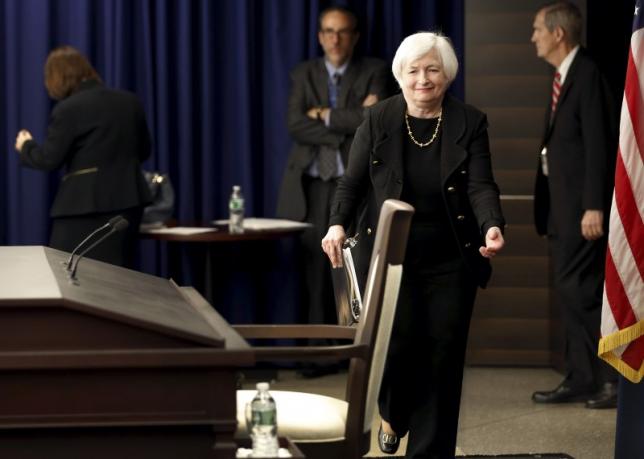 Any doubts over about December Fed hike may be swept away

LONDON - Inflation numbers from the United States could be the provider of the final domino in the Federal Reserve's track to raise interest rates next month. Earlier in November a robust report on US employment hardened expectations for the Fed's first rate increase in nearly a decade and if prices are shown to be rising steadily those views will likely solidify. Reuters polls see inflation a 1.9 percent year-on-year, unchanged from the previous reading. Minutes from the Fed's October meeting will also be published, giving an insight into the Committee's decision to remove a key sentence on global risks from its policy statement. "We have had a strong October jobs report and Fed Chair Janet Yellen herself referring to a December rate rise as a 'live possibility' for the first time," said Chris Hare, economist at Investec. "The coming week should shed a little more light on the prospects for tightening this year." While most US data has been relatively upbeat, retail sales rose less than expected in October, suggesting a slowdown in consumer spending that could temper expectations of a strong pickup in fourth-quarter economic growth. In the meantime, Britain's Bank of England was once pegged as likely to be the first major central bank to tighten policy but prices fell again last month, data will probably show on Tuesday. With inflation so far below its 2 percent target the BoE's Monetary Policy Committee won't be raising its benchmark rate from a record low 0.5 percent until at least April, a Reuters poll found, putting it several months behind the Fed. British retail sales numbers on Thursday will offer clues as to how consumers are faring. "While inflation looks odds on to post its lowest rate since March 1960, we do not think this decline will worry the MPC too much, with weak price pressures driven largely by lower energy prices rather than domestic economic weakness," wrote Ruth Miller at Capital Economics. ASIA No change in policy is expected from the Bank of Japan on Friday but it could ease monetary policy further early next year, according to nearly half the analysts surveyed by Reuters, as consumer prices fall short of central bank forecasts. GDP data on Monday will probably show Japan fell into a technical recession in the third quarter, maintaining pressure on the BOJ and Prime Minister Shinzo Abe to support the world's third largest economy. South Africa's Reserve Bank will hold its repo rate at 6.0 percent on Thursday, waiting until early next year before tightening. The Hungarian and Indonesian central banks will also probably leave policy unchanged. In China, where Beijing has rolled out a flurry of support measures since last year to avert a sharp slowdown, key data will show how the country's housing market is performing and whether it is supporting the struggling economy. "Recently, we have seen an increasing number of cities reporting a sequential home price increase, a trend which we think continued despite a slowdown in home sales growth in October," said Rob Carnell at ING. "Overall, we believe that China's growth prospects depend on housing." The world's second-largest economy grew a reported 6.9 percent in the third quarter from a year earlier, the weakest pace since the global financial crisis, but a pace many say likely overestimated the real pace of growth. -Reuters