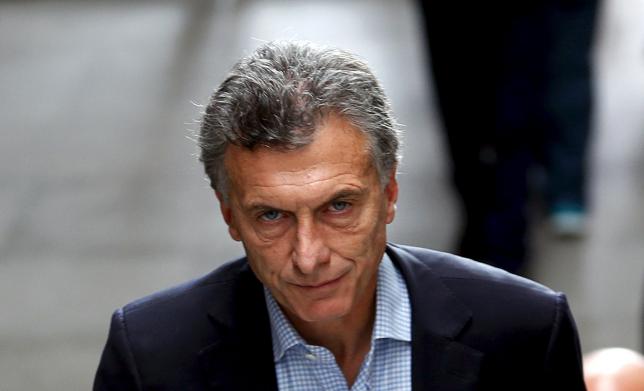 BUENOS AIRES - If Argentina's opposition hopeful Mauricio Macri wins the presidency in the Nov. 22 run-off, he will make minced meat out of Bambi and the ozone layer will disappear, according to a new campaign poking fun at the ruling party's fear-mongering. Since the centre-right challenger scored a surprisingly strong result in the first round, the camp of the leftist ruling party's candidate Daniel Scioli has sought to fan worries Macri would cut welfare benefits and let free markets wreak havoc. Online adverts appeared last weekend warning that voters will end up hungry and homeless with Macri as president, while the catchphrase "Fatherland or Macri" is being graffitied on walls around Buenos Aires. In response, Macri's supporters have taken to social media to try to undermine his opponent's message with humor, a strategy that is gaining traction. A Facebook page "Campaign Boo! With fear you vote better", created last Friday already has nearly 80,000 "likes". The satirical page gives dozens of joke scenarios in the event of a Macri victory, ranging from siestas being banned to Argentine dogs no longer retrieving sticks and Maradona speaking even more slowly. Macri's chief campaign strategist Macros Pena said the "Let's Change" alliance would not succumb to negative campaigning and would stick with its positive message of change. "This is the last recourse of desperate people who do not want to lose power," he said. Scioli has the endorsement of outgoing President Cristina Fernandez, who has popular support for expanding welfare benefits but is criticised by business leaders for placing heavy controls on the economy. Scioli has promised continuity with some gradual reform, while Macri advocates sweeping pro-market reforms and keeping needed social programs. Argentine assets have risen sharply since the first round as the probability that Macri could win has grown. Pollsters say it is still too early to publish figures but Macri has the momentum and early advantage over Scioli. "Immediately after the election there was a wave of support for Let's Change," said political analyst Ricardo Rouvier. Analysts say Scioli has likely opted to go for negative campaigning because he faced few other options. To differentiate himself more from Fernandez at such a late stage would risk losing credibility. But it could backfire. Many voters say they are fed up of the ruling party's confrontational style and Macri, who has called for a shift to more consensual politics, on Monday criticised it for a "dark strategy of trying to sow angst and fear... over the possibility of change". -Reuters