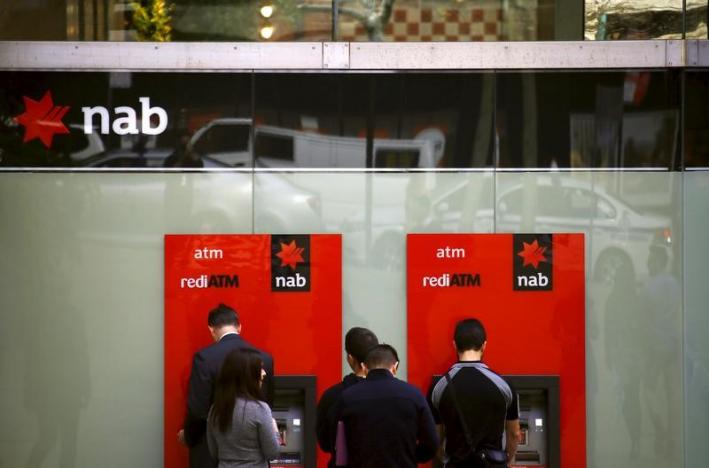 SYDNEY - Australia's 'Big Four' banks say they are working hard to cut costs to maintain earnings momentum as they combat rising challenges from regulatory action, a fresh government inquiry and a possible new levy on their institutional businesses.

In the first half of the financial year, the cash earnings of Commonwealth Bank of Australia (CBA), Westpac Banking Corp, National Australia Bank Ltd (NAB) and Australia and New Zealand Banking Group Ltd (ANZ) rose by an average of 6.2 percent to a combined A$15.6 billion ($11.53 billion) on flat revenue, according to a KPMG report.

With the exception of ANZ, which is shrinking as it sells low-returning assets, analysts forecast the banks will report record cash profits this financial year and all are expected to report further rises next year. CBA's financial year ends on June 30, but the others use a Sept. 30 year-end.

As revenue stagnates and the mortgage business struggles with regulations designed to cool red-hot housing markets in Sydney and Melbourne, the banks' profit growth increasingly depends on cost-cutting and boosting margins..

During the latest round of financial results ending Tuesday with CBA's A$2.4 billion third-quarter profit, bank executives told analysts they were cutting jobs, closing branches and investing in technology to keep a lid on costs.

The four major banks' average cost to income ratio on a cash basis fell 160 basis points to 43.41 percent in the first half, which is very low compared with an industry median of 66 percent in the United States and 75 percent in Britain.

"I believe we are entering a lower-growth environment and our response to that is to be really, really tight with the way that we allocate capital and then the same with costs," Elliott said last week.

The headwinds faced by the banks are many. The Australian Prudential Regulation Authority has indicated they will need to hold additional capital to be considered "unquestionably strong", although the exact amount has yet to be revealed.

As compliance costs rise, there also has been political pressure for a far-reaching judicial inquiry into financial sector malpractice following a series of scandals.

While fending off those calls, the government has announced a number of measures since last year aimed at alleviating public concerns about the power of the big banks.

On Monday it promised a probe into competition in the industry, which is widely expected to target the banks' wealth divisions.

There has also been unconfirmed media speculation that the government intends to impose a transactions tax on institutional lending to raise $6 billion over four years. Treasurer Scott Morrison was not immediately available for comment. -Reuters