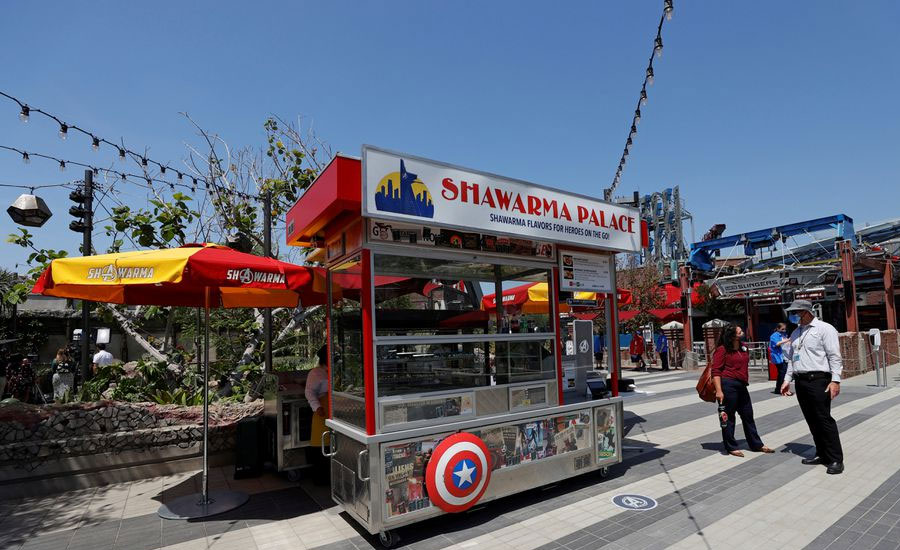 (Reuters) - Spider-Man will fly high above Disneyland Resort’s new Avengers Campus in California when it starts welcoming the public on Friday, tumbling through the air as guests below meet Iron Man, Black Panther and other Marvel superheroes.

The six-acre (2.43 hectares) Avengers Campus at Disney California Adventure Park in Anaheim is the Walt Disney Co's latest redesign of its popular theme parks, which were closed for extended periods during the coronavirus pandemic.

Highlights include an aerial Spider-Man robot that performs somersaults while flying 60 feet (18.3 m) in the air. A human dressed as Spider-Man will greet visitors at ground level.

Guests also can ride a Spider-Man attraction called Web Slingers, where they team with the character to battle out-of-control Spider-Bots. Physical sets and virtual environments will blend to make visitors feel like they are slinging their own webs, designers said.

Fan favorites from Disney's blockbuster Marvel movies, from Black Widow to Captain America and Ant-Man, also will roam the area and interact with guests.

"It's the first time we are celebrating all of these heroes and bringing them together in one place," said John Mauro, portfolio executive producer at Walt Disney Imagineering.

Food options include a cart offering shawarma, a nod to a scene at the end of the 2012 "Avengers" movie when various superheroes ate the Middle Eastern dish together after saving the world.

The Disneyland Resort, which includes the original Disneyland and adjacent California Adventure, re-opened to the public on April 30 after being closed for more than a year due to the pandemic. The Avengers campus had originally been set to open in July 2020. It was built in an area that previously celebrated the animated movie "A Bug's Life."

As part of ongoing safety measures, Disneyland is accepting guests only from California until June 15, when it will start allowing visitors from other states. Guests are currently required to wear face masks.