ISLAMABAD (92 News) – Pakistan Muslim League-Nawaz (PML-N) candidate Sardar Ayaz Sadiq was re-elected to the coveted office of National Assembly speaker that he had to relinquish after an election tribunal nullified his election from NA-122 on August 22.

Shafqat Mahmood secured 31 votes, while Sardar Ayaz Sadiq got 268 votes. A total of 300 votes were polled and one vote was found invalid.

Later, the PML-N leader was sworn in as speaker of the National Assembly. Acting Speaker Murtaza Javed Abbasi administered oath to him.

The newly elected speaker said that the parliamentary members have expressed confidence in him by giving him clear two-thirds majority.

He said that he has the honor of being elected as speaker twice.

Pakistan Tehreek-e-Insaf nominee Shafqat Mehmood congratulated Ayaz Sadiq on becoming NA speaker twice and said that the big challenge is to make the parliament active. “Several issues had to be discussed in the parliament but unfortunately that could not happen.”

On the occasion, Opposition Leader in the National Assembly Syed Khurshid Shah said that they expressed confidence on PML-N leader for the second time because he performed well in the past for the parliament.

He said that the government had not done anything remarkable, while many parliamentarians including MQM’s Farooq Sattar spoke in the parliament. 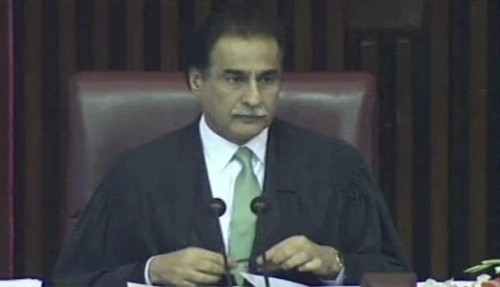 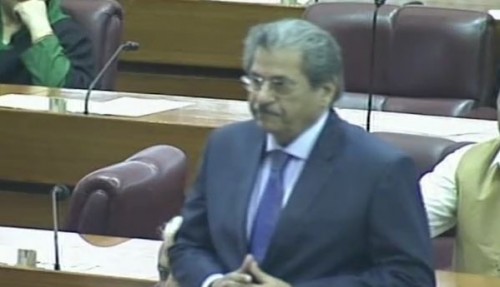