Azadi March set to leave for Islamabad from Lahore


LAHORE (92 News) – The Jamiat Ulema-e-Islam-Fazl’s (JUI-F) Azadi March caravan will leave for Islamabad today after one night stay in Lahore.

The PML-N workers warmly welcomed the JUI-F’s caravan at different places. The participants of Azadi March spent the night at Greater Iqbal Park. The JUI-F leaders will address on Ravi road today before leaving Lahore for Islamabad. The participants were served breakfast properly in the morning.

Meanwhile, Gujranwala is ready to welcome Azadi March’s participants. The preparations are underway and the marchers will be hosted with ‘Biryani’ and ‘Korma’. 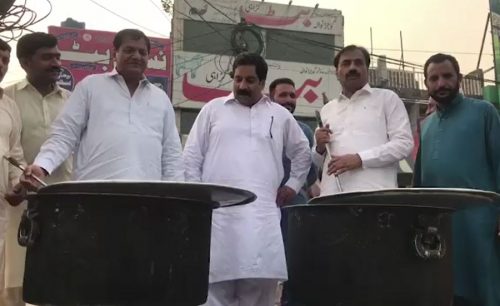 The JUI-F’s caravan reached Lahore from where it will make its way to Rawalpindi. After arriving in Multan on Tuesday, the caravan made its way to Lahore. A large crowd of supporters of the JUI-F chief Maulana Fazlur Rehman joined their leader and chanted slogans against the government. 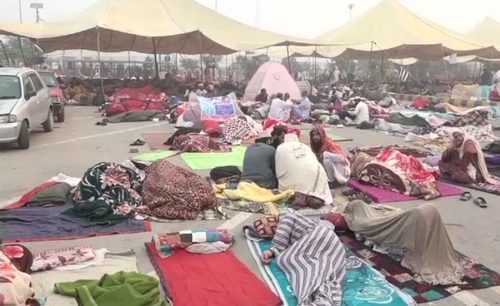 JUI-F chief Maulana Fazlur Rehman said that the national leaders are in jails while incompetent rulers have destroyed economy. Addressing the participants at several places, he said that Azadi March will be the first attempt to establish the supremacy of Islam. “The fake government will have to go home,” he declared. 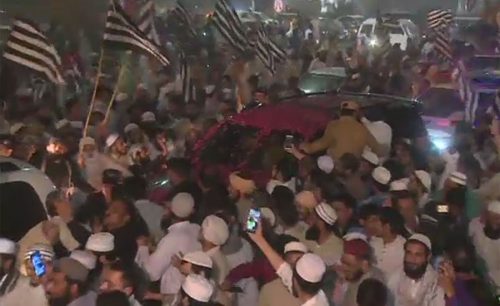 The long march of opposition parties including, JUI-F, PPP, PML-N, ANP and others started its journey from Karachi on Oct. 27 and will enter Islamabad on Oct. 31 where the JUI-F chief has announced to decide the next course of action.