BRIMINGHAM (92 News) – Babar Azam and Haris Sohail propelled Pakistan to six-wicket victory over New Zealand in the World Cup at Birmingham on Wednesday.

New Zealand, unbeaten in their first six games of the tournament, remained second in the standings behind Australia and should still make the last four comfortably while Pakistan are now only one point behind hosts England.

“Whenever we are in a corner we play our best, it was a great team effort,” Pakistan captain Sarfaraz Ahmed said.

The match was delayed by overnight rain and New Zealand collapsed to 46-4 after deciding to bat.

Captain Kane Williamson steadied the ship with a gritty 41 before Jimmy Neesham and Colin de Grandhomme shared a sixth-wicket partnership of 132 which lifted the Black Caps to a respectable total.

Neesham struck three sixes and five fours in his unbeaten 97 and De Grandhomme made 64.

Pakistan opener Fakhar Zaman fell cheaply to Trent Boult and Imam-ul-Haq was brilliantly caught by a diving Martin Guptill off Lockie Ferguson for 19 but Azam and Mohammad Hafeez steered Pakistan to 110-2.

Hafeez departed for 32 but Haris Sohail joined Azam and the pair calmly added 126 to take their side to the brink of victory before Sohail was run out by Guptill for 68.

Azam held his nerve, however, and guided Pakistan to their target with five balls to spare.

The 1992 world champions play Afghanistan and Bangladesh in their last two group games and will be confident of making the last four while England will be sweating as they prepare for difficult matches against India and New Zealand.

“We are not thinking about 1992, we are going match by match,” Sarfaraz said.

Williamson was not too despondent after his team’s first loss of the tournament.

“The surfaces in the last three games have been difficult and we were outplayed on a tough surface by a strong side,” he said.

“We were right in it but their batsmen played beautifully well and took the game away from us. There are so many games in the round robin you can’t win them all.” 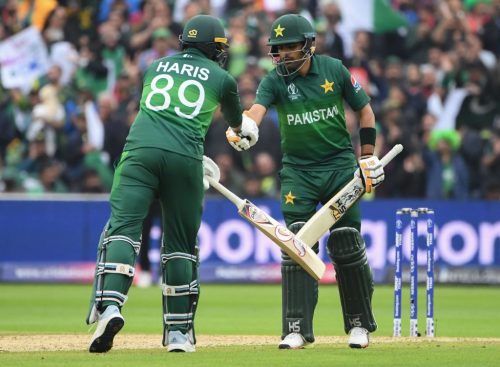 Earlier electing to bat after winning the toss, New Zealand scored 237 runs for the loss of six wickets against Pakistan in a key match of the World Cup.

JD Neesham blasted 92 runs off 112 runs with the help of five fours and three sixes. Grandhomme  and Williamson toped scored with 64 and 41. 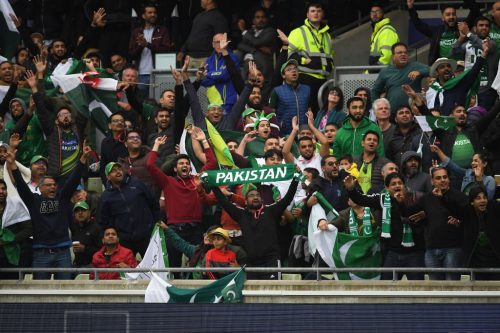 Babar Azam was declared the Man of the Match.

Talking to the media after the excellent victory, Babar Azam said: “This is my best innings. The wicket was difficult and turned a lot in the second half. The plan was to go through to the end and give my 100%. When we started, the plan was to see out Ferguson. But when Santner came on, the plan became not to give wickets to him and cover up later when the fast bowlers come on. The fans support us here in Birmingham, it’s great.”