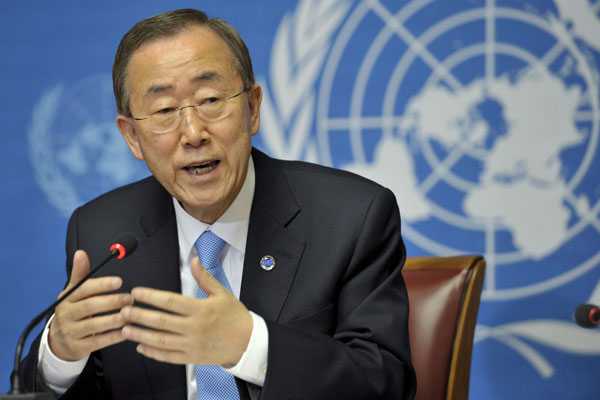 UNITED NATIONS (92 News) – The UN Secretary General Ban Ki-moon on Wednesday called upon India and Pakistan to exercise ‘maximum restraint’. The UN Secretary General expressed serious concern over the firing along the LoC. He conveys his condolences to the families of those who have lost their lives. He urged both countries take all feasible steps to ensure protection of civilians in the wake of ‘escalation of violence’ along the Line of Control (LoC) that has resulted in a number of casualties. Ban Ki-moon urged both countries to address their differences through dialogues. He welcomed the planned meeting between India-Pakistan National Security Advisors on August23-24, and expressed the hope that it will lead to positive outcomes.