Bangladesh: Abrar was beaten for four hours before his death 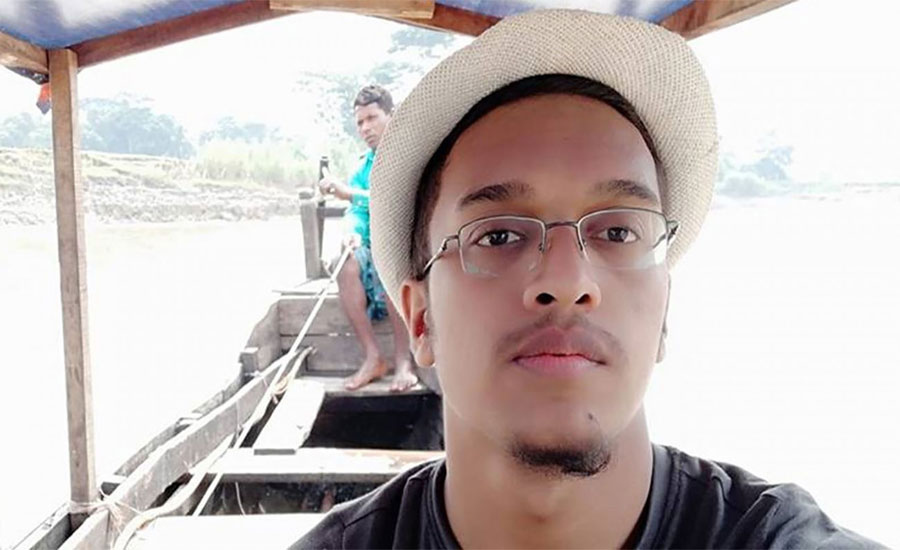 Bangladesh: Abrar was beaten for four hours before his death

DHAKA - A Bangladeshi undergraduate student killed in his dormitory on Sunday days after criticising the government online was beaten for several hours before he died, witnesses told the BBC.

Fellow students say Abrar Fahad was taken from his room around 20:00 (14:00 GMT) and beaten at least four hours. The doctor who performed the autopsy on Fahad, who was 21, confirmed to the BBC his body was heavily bruised. Fahad studied at Dhaka's Bangladesh University of Engineering (Buet). Several members of the Bangladesh Chhatra League (BCL) - the youth wing of the governing Awami League party - were detained in connection with the death. The BCL has been widely accused of using torture and extortion against students. CCTV footage from Fahad's dormitory showed several men carrying the victim's body. Police detained nine men from the dorm, including at least five BCL activists. By Tuesday the number of arrests had risen to 13, police said, all from Buet, while six more suspects are being sought. Dhaka deputy police commissioner Munstasirul Islam confirmed the student had been beaten to death. Dr Sohel Mahmud, head of the forensic department at Dhaka Medical College Hospital, who examined Fahad's body, told the BBC: "There was a lot of blunt force trauma in his body. We think he died of attack with blunt objects." BCL members quoted by local media said Fahad had been "questioned" and beaten over alleged links to an Islamist party. That came after he wrote a post on social media criticising the government over a water-sharing deal with India. In a statement, the BCL said that after carrying out investigations it had expelled 11 members of its Buet division, bdnews24.com reports.

'Please take me to the hospital'

A Buet student who spoke to the BBC but did not want to be named for fear of reprisals said they had seen Fahad alive at 02:00 in a room where he had been beaten. "I saw Abrar in room 2005, he was still alive... With help from some junior students I carried Abrar downstairs. He was still alive and he was saying, 'Please take me to the hospital quickly.'" Another student who arrived at the scene said several students had gathered with the assistant provost of the dormitory to urge him to take action, when members of the BCL started banging on the door, attempting to gain entry. News of the death led to protests on Monday in Dhaka and other cities. Students in the capital chanted slogans and blocked roads. Protests continued on Tuesday with students at Buet demanding the death penalty for those found guilty of the killing. Former students and members of the teaching staff also joined the demonstration on the Buet campus. The killing has shocked Bangladesh and shone a light on the culture of violence in public universities. "This is totally unacceptable that a student will die from torture in a residential hall," said AKM Masud, president of the Buet Teachers' Association, according to Bangladeshi site bdnews24.com. "Abrar Fahad's death has proved the authorities' complete failure to ensure the safety of students." SOURCE: BBC NEWS

NEW DELHI (AFP) - Indian authorities on Monday ordered the evacuation of nearly half a million people out of the path of a new cyclone heading towards the east of the country, just a week after another deadly storm smashed into the west coast.

DHAKA (Reuters) - A Bangladesh ferry carrying around 50 passengers collided with a cargo vessel and sank on Sunday in the Shitalakhsyaa River south of the capital Dhaka, leaving at least five people dead and many more missing, officials said.

DHAKAA (AFP) - Fifteen people have died and 400 are missing after a huge fire destroyed the shanty homes of tens of thousands of Rohingya in the world’s biggest refugee settlement in Bangladesh, the UN said Tuesday.

DHAKA (Reuters) -Bangladesh started moving a second group of Rohingya Muslim refugees to a low-lying island in the Bay of Bengal on Tuesday, a naval official told Reuters, despite opposition from rights groups worried about the new site’s vulnerability to floods.

DHAKA (Reuters) - Bangladesh is set to move a second batch of Rohingya refugees from neighbouring Myanmar to the remote island of Bhasan Char in the Bay of Bengal this month, officials said on Sunday, despite calls by rights groups not to carry out further relocations.

CHITTAGONG, Bangladesh (Reuters) – Bangladesh naval vessels carried some 1,600 Rohingya refugees towards a remote island in the Bay of Bengal on Friday despite complaints by refugees and humanitarian groups that some were being coerced.

DHAKA (Agencies) - The Bangladesh government has announced death penalty for rape convicts in the country. According to the country’s Law and Justice Minister Anisul Huq, the decision was approved by

DHAKA (Reuters) - Bangladesh’s cabinet on Monday approved the death penalty for rapists amid nationwide protests in the wake of a series of gang rapes and sexual assaults. Bangladesh has seen