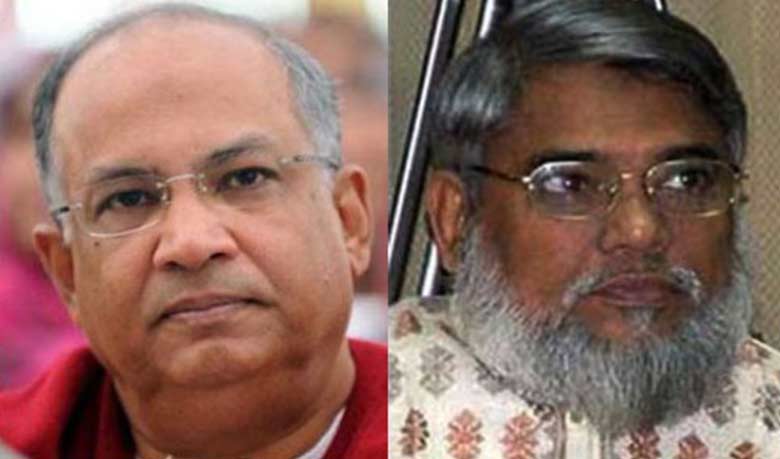 DHAKA (92 News) – Bangladesh's Supreme Court has on Wednesday upheld death sentences given to two influential opposition leaders who were convicted of war crimes during the country's 1971 independence war against Pakistan. The Supreme Court's decision to dismiss the final appeals of Muslim League leader Ali Ahsan Mohammad Mujahid and Jamaat-e-Islami leader Salahuddin Quader Chowdhury clears the way for them to be hanged as early as next week if the president does not grant them clemency. A special war crimes tribunal convicted Salahuddin Quader Chowdhury of the Bangladesh Nationalist Party and Ali Ahsan Mohammad Mujahid of Jamaat-e-Islami in 2013 of several charges, including genocide and rape during the war. Shortly after the court verdict was announced, the Bangladesh Telecommunication Regulatory Authority blocked social media sites including Facebook, Viber and WhatsApp for an indefinite period to stop any propaganda that could trigger violence in the country, a government official said. The special tribunals in Bangladesh have sentenced more than a dozen opposition leaders for war crimes since 2010.  Both the BNP and the opposition Jamaat-e-Islami party denounce the trials as politically motivated attempts to target opposition members.