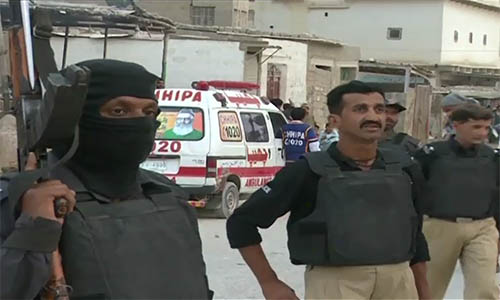 KARACHI (92 News) – The police have arrested a local leader of the banned Hizbut Tahrir in Karachi on Friday. SSP Usman Bajwa said that the accused Saham is deputy general manager of K-Electric. Meanwhile, the Counter Terrorism Department has arrested two target killers. Banned literature was also recovered from the accused Munir and Usman.