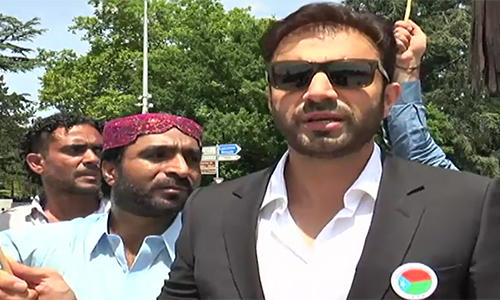 QUETTA (92 News) – Barhamdagh Bugti, self-exiled Baloch leader, has agreed to return to the country after secret talks with the government. Sources said that Chief Minister Dr Abdul Malik and Federal Minister Abdul Qadir Baloch had met with the exiled leader. Barhamdagh Bugti, in an interview with a British broadcasting organization, confirmed his meeting with Dr Abdul Malik and Abdul Qadir Baloch. He, however, said that the government would have to end the ongoing operation and resolve the missing people issue to make environment conducive for talks. The exiled Baloch leader also admitted a rift among Baloch organizations.