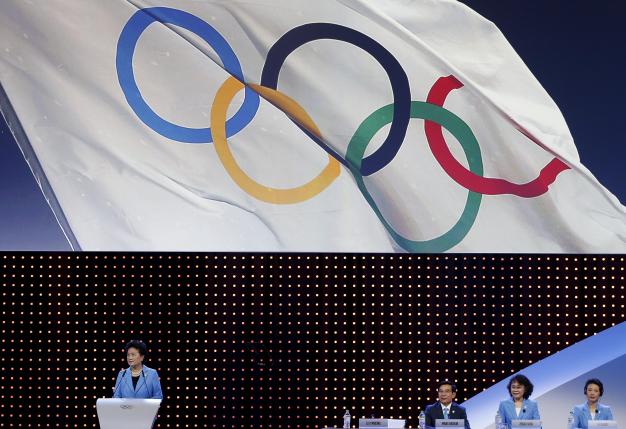 KUALA LUMPUR _ Beijing was chosen by the International Olympic Committee (IOC) to host the 2022 Winter Olympics on Friday, becoming the first city to be awarded both summer and winter Games. The Chinese capital beat Almaty, Kazakhstan in a secret ballot of 85 IOC members, held at a convention center in downtown Kuala Lumpur. The ballot was conducted twice, first electronically and then by paper after it was discovered the electronic system had malfunctioned. Despite concerns about a lack of natural snow in the city's distant mountains, and protests from human rights groups, Beijing had been the clear favorite to win the vote after it successfully hosted the 2008 Summer Olympics. The high-powered Chinese delegation assured IOC members that Beijing was the safe choice because it had already proved it could stage the Games and said it would take winter sports into the backyard of the world's most populated country. The bid team from Almaty tugged at the IOC's heartstrings, urging the committee, which includes sports administrators, captains of industry and even royalty, to resist the temptation to go back to China and instead send a positive message to smaller developing countries that they too could host the world's greatest sporting events. Kazakhstan Prime Minister Karim Massimov delivered a powerful, moving speech, but the IOC, grappling with the effects of a global economic crisis and facing dwindling interest from countries wanting to host the Olympics, opted for Beijing. 'KEEPING IT REAL' The decision to go with China again reaffirmed the shifting power-base of world sport, with East Asia now poised to host three successive Olympics. South Korea's Pyeongchang will host the 2018 Winter Games and Tokyo the 2020 Summer Olympics. But the choice, while expected, was more a reflection of the economic problems in the rest of the world rather than an overwhelming desire to stick with the same region. The four European candidates who originally entered the 2022 race all dropped out, citing concerns about the escalating costs of staging the Olympics, prompting the IOC to introduce a raft of reforms to cut costs and attract more bidders in the future. Kazakhstan, a former Soviet state, pitched itself as a model for future hosts, embracing all the new reforms with a low-cost bid in a city which already has most of the facilities in place after hosting the 2011 Asian Winter Games. Bidding to become the first majority Muslim country to stage the Olympics, the oil-rich Central Asian country also provided assurances that they had the money to pay for the Games. They also drew heavily on their campaign slogan "keeping it real", a thinly-veiled poke at Beijing's lack of natural snow, but it was to no avail as the Chinese responded with a guarantee they would make their own. -Reuters