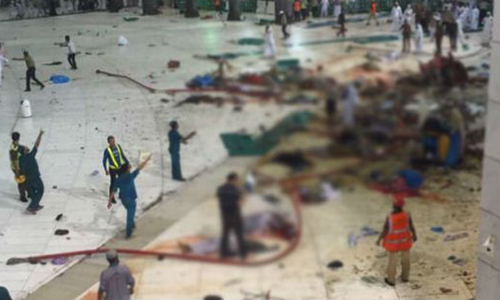 MAKKAH (92 News) – A number of engineers and project managers will soon face trial for the deaths and injuries caused by the Makkah crane crash.

Following the conclusion of investigations into the accident, which caused the death of at least 109 and injuries of 200 pilgrims on September 11, Saudi Arabian authorities due to prepare the indictment against those found guilty of dereliction of duty and submit it to the specialist court seeking their trial.

The Saudi Arabian company Bin Laden Group has been declared responsible for the incident. It was previously reported that the group’s nine engineers and officials were suspected of failing to comply with construction safety regulations and its senior executives have been barred from foreign travel while investigations are conducted.

The custodian of the Two Holy Mosques King Salman has already ordered massive payouts for the families of those killed and injured in the tragedy.