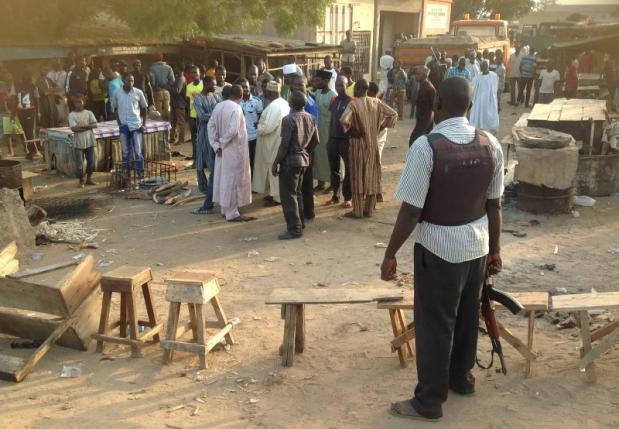 YOLA, NIGERIA – A blast struck a market in the northeastern Nigerian city of Yola on Tuesday evening, killing 32 people and wounding 80 others, both the Red Cross and National Emergency Management Agency (NEMA) said. The explosion occurred at a fruit and vegetable market beside a main road in the Jimeta area of Adamawa's state capital around 8pm (1900 GMT). There was no immediate claim of responsibility but the blast bore the hallmarks of militant Islamist group Boko Haram which has killed thousands over the last six years in its bid to create a state adhering to strict Sharia law in the northeast. "Thirty-two people were killed and 80 have been injured," said a Red Cross official who asked not to be named. NEMA regional spokesman Alhaji Sa'ad Bello later gave the same casualty figures. Suspected Boko Haram militants have carried out attacks in neighboring Chad, Niger and Cameroon in recent weeks but have not struck northeastern Nigeria since late October when bombings in Yola and Maiduguri left at least 37 people dead. "The ground near my shop was covered with dead bodies. I helped to load 32 dead bodies into five vehicles," said witness Alhaji Ahmed, who owns a shop in the market. A Reuters witness said he saw eight ambulances being used to carry casualties away for treatment. Suspected members of Boko Haram have killed around 1,000 people since President Muhammadu Buhari took office in May, vowing to crush the militant group. Since losing most of the territory they took over earlier this year to the Nigerian army, the militants have focused attacks on markets, bus stations and places of worship, as well as hit-and-run attacks on villages. –Reuters