Blatter says he tried to act as intermediary in Burundi crisis 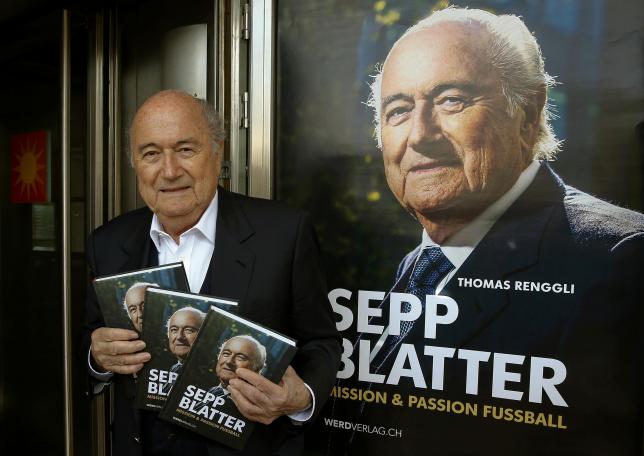 Blatter says he tried to act as intermediary in Burundi crisis

ZURICH – Former FIFA boss Sepp Blatter offered Burundi's President Pierre Nkurunziza an ambassadorial role with the football body last year in exchange for dropping controversial plans to run for a third term, according to a book about Blatter released on Thursday. Blatter, who has since been banned from football for six years for ethics violations, said he was asked by the Swiss foreign ministry to mediate with Nkurunziza over his decision to run for another term, which had sparked months of unrest in Burundi. "I proposed to the president, who is a big football fan, in front of witnesses that, if it could be an advantage for him or his country, FIFA could deploy him as a ambassador for football in Africa, or the world," Blatter was quoted as saying in "Sepp Blatter: Mission and Passion Football" by Swiss journalist Thomas Renggli. "Unfortunately, it didn't work out," Blatter said. Nkurunziza was re-elected for a third term in July in an election boycotted by the opposition. More than 400 people have been killed in the unrest and tit-for-tat killings continue. The book said that the attempted negotiation happened around "one year ago". During his years at the head of FIFA, Blatter assumed a quasi-diplomatic role, rubbing shoulders heads of state from all over the world and portraying football as a tool for peace. The Swiss foreign ministry (FDFA) said in a statement that there had been contact between Blatter and State Secretary Yves Rossier, but denied the ministry had asked Nkurunziza not to run for another term. "The intention was to contribute to a peaceful solution in order to prevent the current crisis in Burundi," the ministry said. "The FDFA never asked President Nkurunziza not to run for the office of president again." Blatter was elected for a fifth term as FIFA president on May 29 but resigned four days later as the football global body was engulfed in corruption scandals. –Reuters