BOJ keeps policy steady even as Japan slips into recession 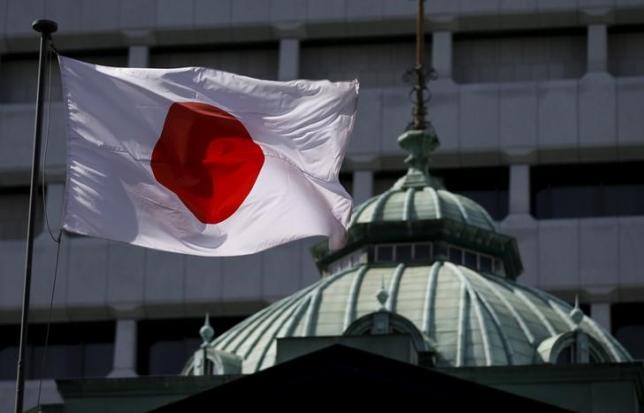 BOJ keeps policy steady even as Japan slips into recession

TOKYO - The Bank of Japan maintained its current pace of monetary stimulus on Thursday, clinging to hopes that an economic recovery is in sight despite soft domestic capital expenditure and challenging global business conditions. The central bank also kept intact its assessment that while exports and output were feeling the pain from weak emerging market demand, Japan's economy has continued to recover moderately. But it offered a slightly more cautious view than last month on inflation expectations - or how the public perceives future price moves - underscoring its concern over a lack of success in nudging companies into boosting wages and investment. "The BOJ places a lot of importance on inflation expectations, so they would have to consider more easing if inflation expectations weaken further," said Norio Miyagawa, a senior economist at Mizuho Securities. "If it's just oil prices remaining weak, the BOJ can afford to wait. But if oil price moves start to bring down inflation expectations, the BOJ would have to move," he said. As widely expected, the BOJ reiterated its pledge to increase base money, or cash and deposits at the central bank, at an annual pace of 80 trillion yen (426 billion pounds) through purchases of government bonds and risky assets. "Inflation expectations appear to be rising on the whole from a somewhat longer-term perspective, although some indicators have recently shown relatively weak developments," the BOJ said in a statement announcing the policy decision. EXPORTS BOTTOMING OUT? Japan's economy relapsed into recession in July-September and analysts expect only a modest rebound in the current quarter, as China's slowdown weighs on exports and output. Data earlier on Thursday showed exports in October fell for the first time in more than a year. But some analysts said the worst may be over, pointing to a 0.6 percent rebound in the value of exports from September and strength in U.S.-bound shipments. "Exports likely bottomed out and will gradually increase this quarter, though we can't be complacent on the outlook" given uncertainty over China's slowdown, said Kiichi Murashima, an economist at Citigroup Global Markets Japan. Markets will scrutinise BOJ Governor Haruhiko Kuroda's comments in his post-meeting briefing for clues on how the mixed data could affect the timing of any further easing. At the previous rate review on Oct. 30, the BOJ held off on easing despite cutting its growth forecasts and delaying the timing for hitting its 2 percent price growth goal by six months. Consumer prices fell for the second straight month in September, though BOJ officials blame energy costs for the drop and argue that more companies are raising prices on robust consumption. Nonetheless, nearly half of the analysts polled by Reuters expect the BOJ to ease in January, when continued declines in oil costs may force it to cut its quarterly inflation forecasts again. Many central bank policymakers are reluctant to expand their already massive stimulus programme too soon, preferring to save their diminishing policy options for as long as possible. Kuroda is urging companies to do more to tackle deflation, a tacit admission that his massive money-printing exercise has failed so far and that policymakers are losing faith in the value of delivering yet more of the same. Sources familiar with its thinking say the BOJ will consider easing only if weakness in overseas demand persists long enough to dent business confidence, which would in turn hit investment plans and further discourage wage rises. -Reuters