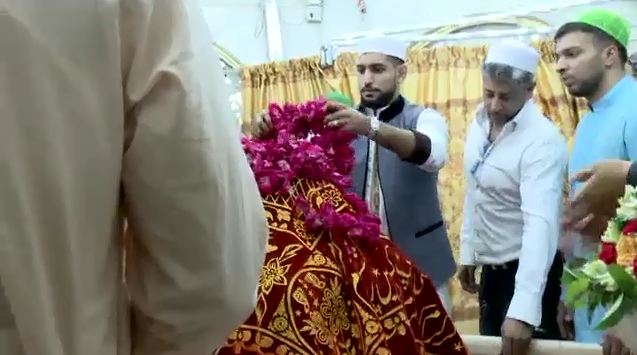 LAHORE (92 News) – British boxer Amir Khan has on Saturday visited the shrine of Hazrat Data Ganj Baksh along with his wife and brother. Talking to media, Amir Khan said that he visited the shrine to pray for the people of Pakistan and for the peace of the country. He said that he goes to the boxing ring for Pakistan. Commenting on his fight against unbeaten boxer Floyd Mayweather Jr, Amir Khan said that he is ready to take on the controversial world champion anytime, anywhere anytime but said Mayweather is afraid of him. Amir Khan arrived in Lahore yesterday on a four day tour.