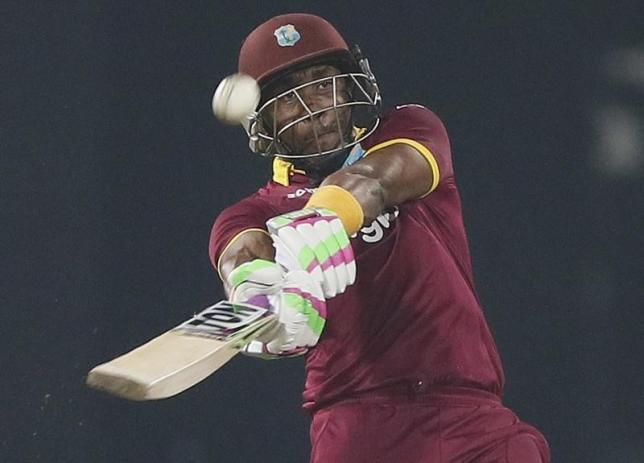 COLOMBO – West Indies ended their dismal tour of Sri Lanka with a consolation victory after Dwayne Bravo's all-round brilliance secured a series-levelling 23-run win in the second and final Twenty20 International on Wednesday. Blanked in the preceding test and one-day series and beaten in the first Twenty20 International on Monday, West Indies posted 162-6 before bowling out the hosts for 139 to salvage a bit of pride. Bravo blasted a run-a-ball 31 before returning to claim four wickets at the R Premadasa Stadium. For Sri Lanka, Tillakaratne Dilshan top-scored with a breezy 52, and Shehan Jayasuriya made 30 before Ravi Rampaul (3-20) and Bravo wrecked their middle and lower order. Opting to bat first, West Indies made a quiet start, managing 17 runs off the first four overs before plundering 44 of the next two. Johnson Charles (34) clobbered off-spinner Sachithra Senanayake for three consecutive sixes and followed up with a boundary off the final ball of the over. His opening partner Andre Fletcher (23) hit Dushmantha Chameera for three boundaries in the next over before Milinda Siriwardana trapped him lbw. Marlon Samuels paid the price for his lax running in the same over as West Indies lost four quick wickets to lose momentum. Bravo chipped in with a quickfire cameo and Denesh Ramdin remained not out on 34 to take the visitors past the 150-mark. Sri Lanka skipper Lasith Malinga produced excellent death bowling again, claiming two wickets for 16 runs in four tidy overs. –Reuters