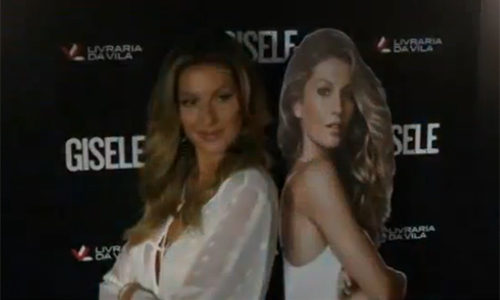 SAO PAULO – Brazilian supermodel Gisele Bundchen launched a retrospective book of her 20-year career in Sao Paulo on Friday. The front cover features Irving Penn's famous nude of the Brazilian beauty who remained the world's highest paid model for many years, alongside 300 other photographs of Bundchen since she began modeling at 14-years-old. The rain, a reason to turn away for the hundreds of people who queued outside the Sao Paulo bookshop throughout the night and early hours of the morning, to get their hands on one of the first 1000 signed copies. Bundchen retired from the runway at Sao Paulo Fashion Week in April this year, telling the media she wanted to focus on print campaigns and family life. Her personal life came into the spotlight a few months later on a wave of rumors that her marriage to quarterback star Tom Brady was headed for divorce after six years. –Reuters