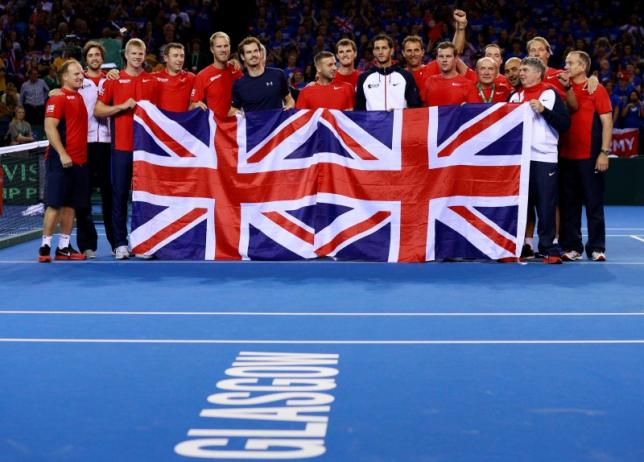 LONDON - Britain's Davis Cup team delayed their departure to Belgium by 24 hours on Sunday after Brussels went on maximum alert amid a search for armed Islamist extremists and fears of imminent attacks. A spokesman for the Lawn Tennis Association (LTA) said the team, led by Andy Murray, had trained on the clay courts at London's Queen's Club on Sunday and now planned to travel on Monday. The LTA said in a statement it was monitoring the situation closely and taking government advice. "The safety of everyone in the British contingent, including our players and fans, remains our number one priority," it added. The three-day final between Britain and Belgium is scheduled to start on Friday at the 13,000-seat Flanders Expo in Ghent, 35 miles north west of Brussels. Belgium put the capital on maximum security alert on Saturday, shutting the metro and warning people to avoid crowds because of a "serious and imminent" threat of coordinated, multiple attacks by militants. The move follows last week's deadly attacks in Paris by Islamic State militants, of whom one suspect from Brussels remains at large. Bernard Clerfayt, the mayor of the Brussels district of Schaerbeek, was quoted by broadcaster RTBF as saying there were "two terrorists" in the Brussels area ready to carry out violence. The International Tennis Federation (ITF) said on Saturday it was greatly concerned by the raised terror alert but preparations for the final were continuing. -Reuters