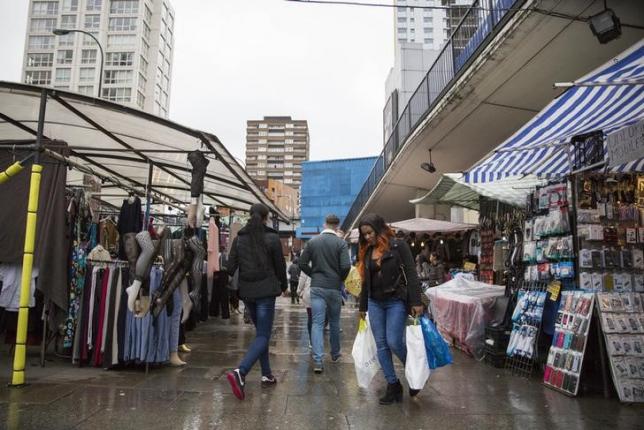 LONDON - A fall in British shop prices accelerated and was the joint weakest reading on record in November, the British Retail Consortium said on Wednesday, a latest sign that inflation is likely to remain subdued.

The BRC said prices in British shops slipped by 2.1 percent over the 12 months to November, matching a record drop seen in March and a steeper fall than October's 1.8 percent drop.

"Although the survey period does not cover Black Friday, it is likely that some retailers were discounting early in November in order to spread consumer spending over a longer period," BRC Chief Executive Helen Dickinson said, referring to the sales promotion concept borrowed from the United States.

Official data published earlier this month showed consumer prices fell for two consecutive months for the first time on record in September and October. Economists mostly expect the bout of deflation to be mild and temporary.

The Bank of England says inflation is likely to stay below 1 percent until the second half of 2016.

The BoE wants to see greater earnings growth before it raises interest rates for the first time since 2007, particularly with overall inflation hovering around zero.

The BRC price index has shown deflation for 31 consecutive months, pushed down by a price war among supermarkets as well as global trends such as falling oil and food prices and by the strengthening of the pound which has made imports cheaper. -Reuters