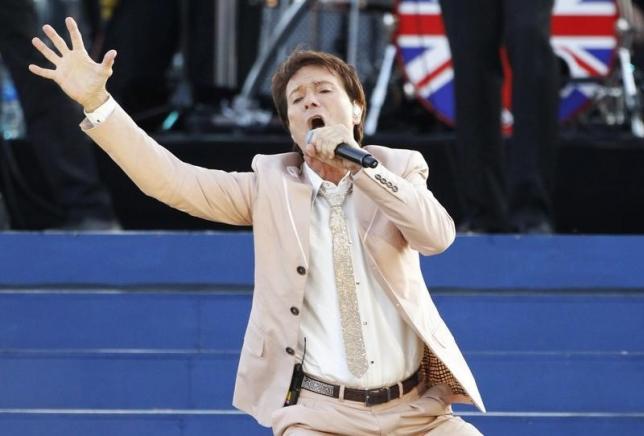 LONDON – Singer Cliff Richard, one of Britain's best-known entertainers, has been questioned again by police investigating allegations of historical sex crimes, his spokesman said on Friday. Richard, 75, voluntarily met officers from South Yorkshire Police which launched an inquiry last year into allegations that date back to the 1980s and involve an under-age boy. "He was not arrested or charged, nor has he ever been. He co-operated fully with officers and answered the questions put to him," his spokesman said. "Other than restating that the allegations are completely false and that he will continue to co-operate fully with the police, it would not be appropriate for Sir Cliff to say anything further at this time." South Yorkshire Police said its inquiries were ongoing and the investigation continued. In February, the force's chief constable said the investigation had "increased significantly in size". Richard, born Harry Webb in 1940 and who was called Britain's Elvis Presley early in his career, has had 14 No. 1 singles in Britain. He is the only singer to have topped the UK singles chart in five consecutive decades, from the 50s to the 90s. With his backing group The Shadows, Richard, who was knighted by Queen Elizabeth in 1995, was one of Britain's most successful performers in the pre-Beatles era of the late 1950s and early 1960s. Richard was first interviewed by detectives after police raided his home in August last year when he was on holiday. The search was filmed by the BBC after the broadcaster was given advance warning. That raid led to criticism from lawmakers who described the co-operation between the police and the BBC as "inept" and causing "irreparable damage" to the singer's reputation. After police revealed the late BBC presenter Jimmy Savile had used his fame to sexually abuse hundreds of victims over decades, detectives have launched a series of investigations into high-profile British celebrities over allegations of sex crimes. A number of household names have been jailed and there are ongoing inquiries into a string of claims that powerful figures including senior politicians were involved in pedophile rings. However, critics and well-known figures who have been arrested but later cleared of wrongdoing have said many of those accused are victims of a witch hunt, unfounded rumors or the claims of fantasists. –Reuters