LAHORE (92 News) – Cake-cutting ceremonies were held across the country to mark the third anniversary of 92 News, biggest HD Plus Channel.

The channel has highly been lauded for airing true and credible news all over the country and abroad.

The main ceremony was held at 360 degree Virtual News Studio, Lahore. Renowned analysts, anchors and workers participated in the ceremony.

The ceremony started with the recitation of the Holy Quran and Qaseeda Burda Sharif by Qari Muhammad Farooq, a senior member of the 92 News Team. 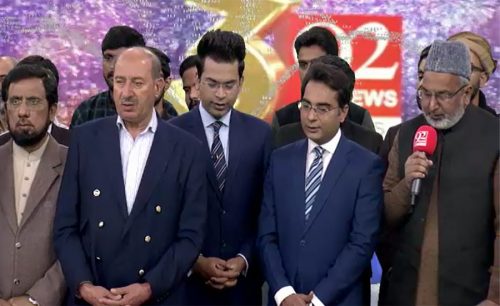 Breaking Views Host Muhammad Malik congratulated the channel on its third anniversary. “It is difficult to say truth, but 92 News did the job efficiently,” he said.

Former Governor Punjab Khalid Maqbool said that whoever presents the truth is laudable. “92 News is following this slogan from day one,” he added.

Senior Anchorperson and renowned analyst Arif Nizami congratulated 92 News and lauded its use of modern technology. 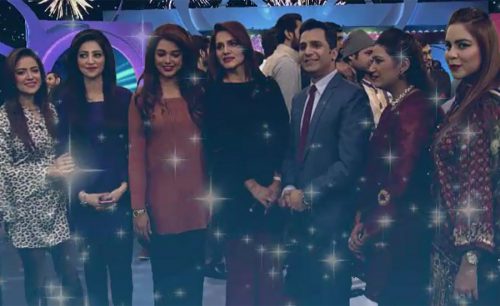 92 News Group Adviser Aslam Tareen also congratulated the workers and management of the channel. He also prayed for its success.

92 News’ most popular program ‘Subh Noor’ Host Nazir Ghazi also lauded the successes of the channel in a unique style.

In Islamabad, a cake was cut and people from different walks of life participated in the ceremony. They prayed for the progress of the channel. 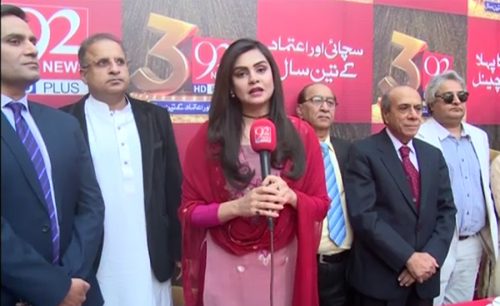 In Karachi, an impressive ceremony was arranged on the completion of three-year journey of the channel. A cake was also cut on the occasion. The participants highly appreciated the journalistic services of the channel and prayed for its continuity successfully. 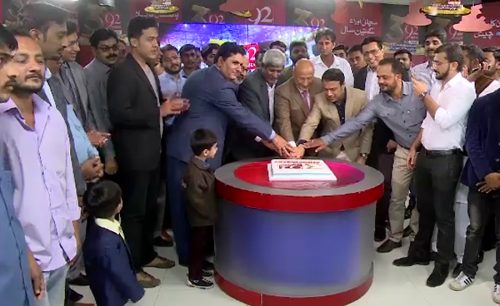 In Quetta, a ceremony was held to mark the third anniversary of 92 News. A cake was cut on the occasion. 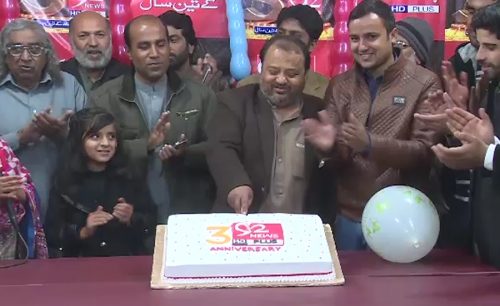