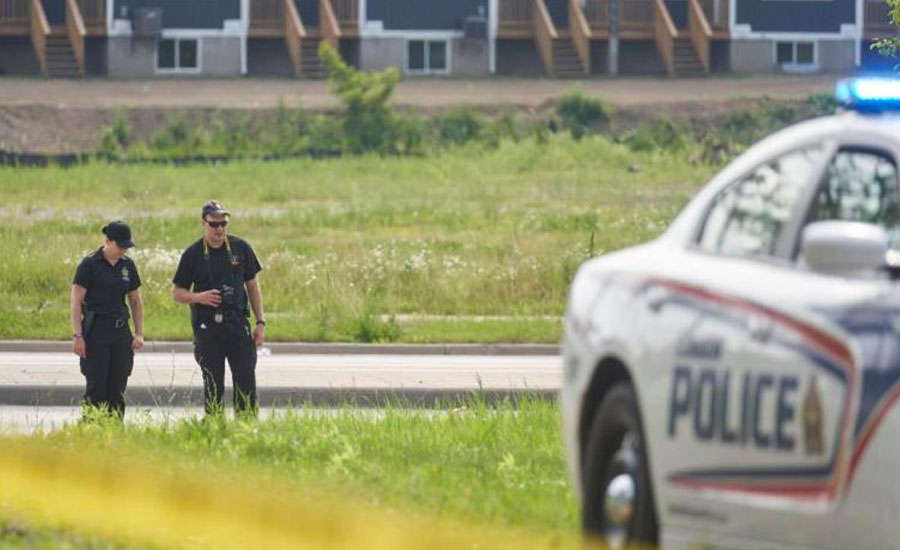 ONTARIO (AFP) - Canadian Prime Minister Justin Trudeau on Tuesday labeled as a “terrorist attack” the killing of four members of a Muslim family, who were run down by a man driving a pick-up truck in London, Ontario.

“This killing was no accident. This was a terrorist attack, motivated by hatred, in the heart of one of our communities,” Trudeau said during a speech at the House of Commons.

A man driving a pick-up truck slammed into and killed four members of a Muslim family in the south of Canada’s Ontario province, in what police said Monday was a “premeditated” attack.

A 20-year-old suspect wearing a vest “like body armor” fled the scene after the attack on Sunday evening, and was arrested at a mall seven kilometers (four miles) from the intersection in London, Ontario where it happened, said Detective Superintendent Paul Waight.

Pakistan has condemned the “Islamophobic incident” that resulted in the tragic death of four family members of Pakistani origin.

“Our thoughts and prayers are with the victims and their families,” the Ministry of Foreign Affairs said in a statement on Tuesday. “The High Commission for Pakistan in Ottawa and the Consulate General in Toronto are in close contact with the relevant Canadian authorities to ascertain the facts of the case and to ensure that the perpetrators of this heinous act are brought to justice.”

It added, “this is yet another manifestation of the systematic rise in Islamophobia.”