CHARSADDA (92 News) – Captain Roohullah, who embraced martyrdom in the attack, was laid to rest in his ancestral graveyard in Shabqadar, district Charsadda.

His funeral was attended by Corps Commander Peshawar Lieutenant General Hidayat-ur-Rehman and other high ranking officials. 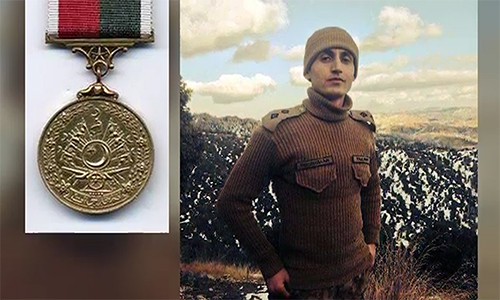 Meanwhile, Chief of Army Staff (COAS) General Raheel Sharif has announced Tamgha-e-Jurrat for Captain Roohullah for his bravery and killing a suicide bomber during the terrorist attack in Quetta.

One day mourning is being observed in Khyber Pakhtunkhwa today to express solidarity with the victims of terrorist attack on police training center Quetta.