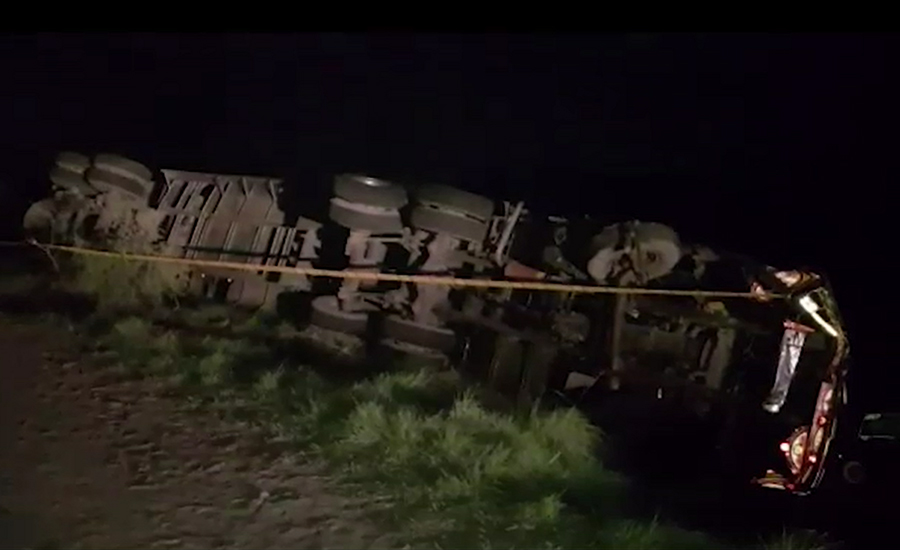 UCH SHARIF (92 News) – A man was killed and five others injured when a trailer loaded with chemical collided with a car at the National Highway in Uch Sharif on Thursday.

As per details, the ill-fated incident took place at the National Highway in Uch Sharif where a trailer loaded with chemical collided with a car, killing one person on the spot and injuring five others including women and children.

Police and rescue teams reached the spot and rushed the injured people to hospital for medical assistance.

The trailer was loaded with 160 drums of chemical.

Huge contingent of police encircled the area to avoid any untoward incident, while Bomb Disposal Squad (BDS) and fire brigade were also called in.

ISLAMABAD (92 News) - Special Assistant to the Prime Minister on National Security Division Dr Moeed Yusuf has said that Pakistan is looking forward to having bilateral relations with the new US administration, which is built around fresh conversations.

ISLAMABAD (92 News) - The Pakistan Muslim League-N (PML-N) has decided to participate in the upcoming Senate elections and political activities in the parliament.

Opp tried to embroil us in foreign funding case but have got themselves entangled: PM

ISLAMABAD (92 News) – Prime Minister Imran Khan has said that the opposition the opposition tried to embroil us in the foreign funding case but have got themselves entangled.

ISLAMABAD (92 News) – The Sindh government on Monday has opposed the presidential reference seeking opinion of the Supreme Court about holding Senate elections with open ballot.

ISLAMABAD (92 News) - Suggesting a five-point frame work to fight the pandemic and recovering economies, Prime Minister (PM) Imran Khan he said debt re-payments for the most stressed countries should be suspended until the end of the pandemic.