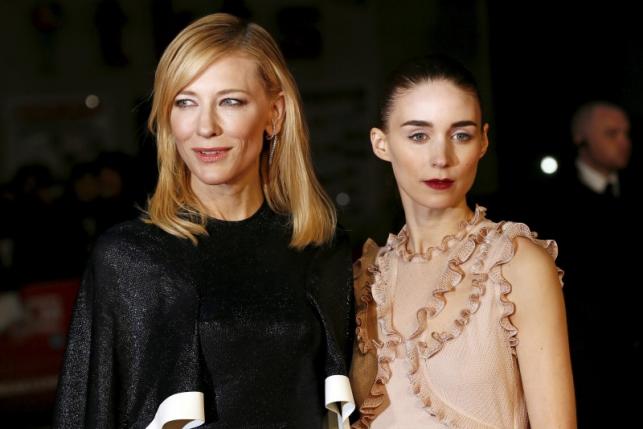 "Bridge of Spies", which stars Tom Hanks as a lawyer negotiating the release of a U.S. pilot held captive by the Soviet Union during the Cold War, won a nomination for director Steven Spielberg as well as for best film.

Mark Rylance was nominated for supporting actor and the drama is also in the running for original screenplay, sound, cinematography, original music, editing and production design.

"The Revenant" also garnered nominations for original music, cinematography, editing, sound as well as make up and hair.

Space adventure "The Martian" was also nominated six times, with Ridley Scott for director and Matt Damon as leading actor.

Last year's BAFTA leading actor winner Eddie Redmayne is in the running for his role in transgender movie "The Danish Girl", which was nominated for outstanding British film. Co-star Alicia Vikander will compete in the leading actress category.

"Spotlight", a film about the investigation into Catholic Church abuse, completed the nominations for best film, and earned nods for original screenplay and supporting actor for Mark Ruffalo.

Other nominees in the leading actor category included Bryan Cranston in "Trumbo" and Michael Fassbender in "Steve Jobs".

The Apple co-founder biopic received nominations for Kate Winslet as supporting actress and for adapted screenplay.

Completing the leading actress nominations were Brie Larson for "Room" and Maggie Smith for "The Lady in the Van".

Winners will be announced at the BAFTA awards ceremony in London on Feb 14. –Reuters