Prime Minister Imran Khan presided a meeting of the CCE in Islamabad on Tuesday. The meeting was briefed about steps taken to address gap in demand and supply of gas in Pakistan.

According to the details, the recommendation has been sent to the Ministry of Petroleum – after an inquiry report on the gas crisis – that was experienced last month, was presented in the meeting.

The report has held the MDs of the SSGC and SNGC responsible for gas shortage because their incompetency led to gas crisis in the country. The sources said that the notification for their dismissal likely to be issued very soon.

PM directs for ending gas shortfall within a week

Prime Minister Imran Khan directed concerned authorities to resolve the issue of gas shortfall in the country with a week’s time. He also directed the relevant authorities to improve mutual coordination for supply of gas.

During the briefing on gas-theft, the premier was told that about 13 per cent of the gas was being stolen which was causing a loss of about Rs50 billion in a year.

The forum was told that 5,000 illegal gas supply connections were disconnected. The officials also told the prime minister about the reasons behind the load-shedding.

They told the PM that Rs15 million were saved through crackdown on electricity-theft and 16000 cases were registered in this regard.

Ordering for expediting the crackdown, Imran said it was unacceptable that people bear the brunt of electricity-theft. 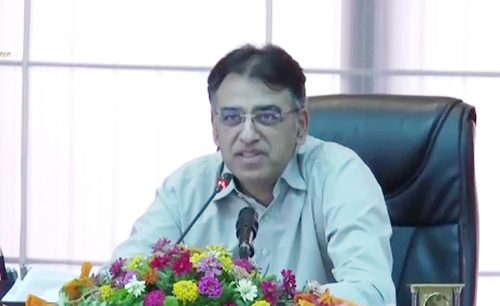 Economic Coordination Committee also held its meeting discussing revenue impact of the withdrawal of custom duty and sales tax on cotton import. The committee held its meeting in Islamabad with Finance Minister Asad Umar in the chair.

The Committee asked for data on revenue impact and trade on proposal of Textile Division regarding withdrawal of custom duty and sales tax on cotton import.

Ministry of Industries briefed the committee on progress with regard to study on operationalization of Pakistan Steel. The ECC desired for early completion and submission of the study.