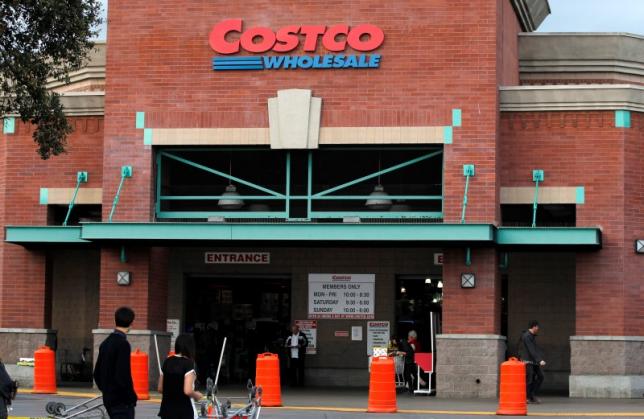 At least 19 people in seven states may have been infected by E. coli after eating rotisserie chicken salad sold at Costco Wholesale Corp's (COST.O) stores, the US Centers for Disease Control and Prevention said. Five people have been hospitalized. No deaths have been reported, but two individuals developed hemolytic uremic syndrome, or HUS, a type of kidney failure that can lead to permanent organ damage. The infections have been reported in Montana, Utah, Colorado, California, Missouri, Virginia and Washington, CDC said. The current number of HUS cases is twice what is normally seen with E. coli O157:H7, the pathogen identified in the outbreak, said Bill Marler, a Seattle food safety attorney who represents people sickened by tainted food. "This tells me that the number of ill is likely going to go up because the HUS cases are easier to track," Marler said. Fourteen of 16 people bought or ate rotisserie chicken salad from Costco in the week before the illness started, but the ingredient linked to the infection has not been identified, the CDC said. Costco said it stopped selling the chicken salad on Nov. 20, the same day it was notified by federal health officials that it was linked to cases of E. coli, said Craig Wilson, vice president of food safety at Costco. E. coli O157:H7 can cause serious illness and is perhaps most often associated with a 1993 outbreak that killed four children who ate undercooked hamburgers at Jack in the Box restaurants. Costco last year was linked to a salmonella outbreak caused by chicken products it sold in at least nine states. The contaminated chicken was supplied to Costco by California-based Foster Poultry Farms. (reut.rs/1lIcHPf) The current E. coli outbreak at Costco comes days after health officials linked burrito chain Chipotle Mexican Grill Inc (CMG.N) to more than 40 cases of E. coli O26 food poisoning in six states. No HUS nor deaths have been reported in that case. Costco's shares closed down 1.3 percent at $162.19 after heavy trading on Tuesday and were down slightly more in extended trading. -Reuters