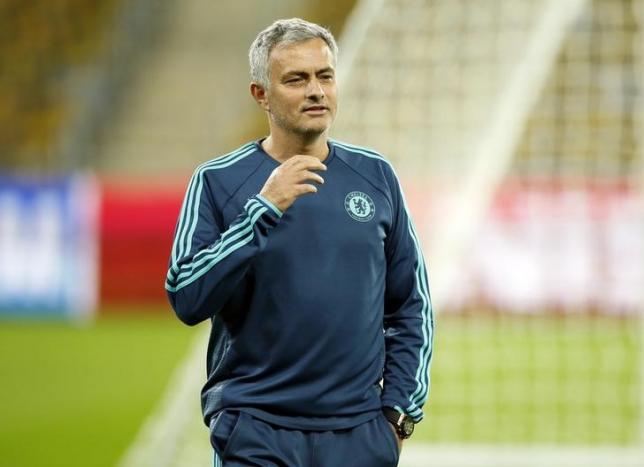 LONDON - Chelsea's academy players should fight to break into the first team, manager Jose Mourinho has said, while defending the way in which he is using the youngsters. The Blues, who currently have 33 players out on loan, have had many young players under contract in recent years, most of whom were out on loan and were eventually sold, and 34-year-old John Terry is the last academy graduate to win a regular place at Stamford Bridge. Mourinho, who is expected to name an experienced team for Tuesday's Champions League clash against Maccabi Tel-Aviv, said 19-year-old Ruben Loftus-Cheek has to do more to get regular game time. "Sometimes young players can argue that the chances were not too many for them. Ruben is the last one who can complain about that," Mourinho told a news conference on Monday. "He is a player who we have lots of hope for but, sooner or later, he -- him, not me -- has to give one step forward to be more stable in the first team. "It's easier to get chances in smaller clubs. At big clubs, not many players his age have the opportunities he has had to start matches in the Premier League, Champions League and the cups, to be on the bench for lots of matches consecutively, living and learning with top players. "So he is having everything." Mourinho also dismissed suggestions he neglects his academy players in his starting line-ups and highlighted the emergence of 21-year-old Kurt Zouma as proof that the Blues do give a chance to their young players. "In the first-team squad we have seven under-21 players who have 26 starts and 12 substitute appearances this season, and 43 appearances on the bench (when they were) not used," Mourinho said. "Zouma is in his second season at this level and is unleashing himself as a top player. When he came here, he was not the player he is now. "I remember the first two matches he played for us in pre-season in 2014. He was very bad. But now he's a player, fighting with Terry and (Gary) Cahill hand to hand." -Reuters