Chemo worsens quality of life for patients near death 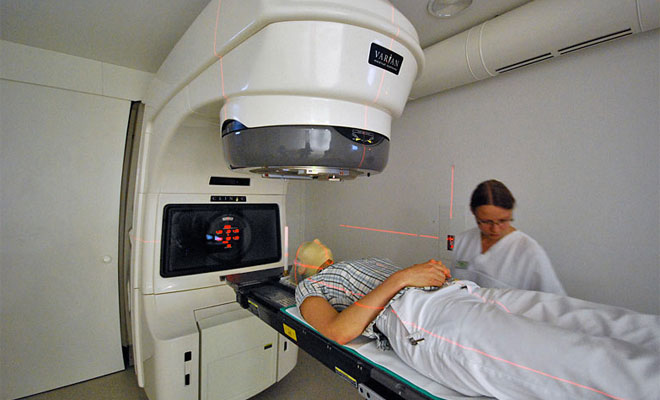 Chemo worsens quality of life for patients near death

NEW YORK – Chemotherapy can hasten deterioration near the end of life in patients with advanced cancer who haven’t yet lost their ability to perform normal daily activities, a study suggests. And for cancer patients with only moderate or limited ability to function in daily life, chemotherapy may not make them feel better, according to the study in JAMA Oncology. “Patients who were feeling good had the most to lose and the least to gain by using chemo,” lead study author Dr. Holly Prigerson, a palliative care researcher at Weill Cornell Medical College and New York Presbyterian Hospital in New York, said by email. Many physicians have voiced concerns about the use of chemotherapy for cancer patients nearing death, the researchers note. These doctors question whether the potent and toxic drugs offer enough benefits to justify their side effects and call the widespread practice of giving such medicines to the terminally ill potentially wasteful, if not harmful. To see what effects chemotherapy has on cancer patients in their last week of life, Prigerson and colleagues monitored the final days of 312 patients treated at six U.S. oncology clinics. Participants with advanced cancer joined the study between 2002 and 2008 and were followed until their deaths. At the start of the study, when they were already considered terminal, 158 of the participants were receiving chemotherapy and 154 were not. Patients getting chemotherapy at this point tended to be younger, more educated, more likely to receive care at an academic medical center, more likely to have breast or pancreatic tumors and less likely to have other medical problems in addition to the cancer. They also tended to be able to function more normally in daily activities than the participants who weren’t on chemotherapy. To assess the impact of chemotherapy during the final week of life, researchers interviewed caregivers shortly after patients died to see if they received chemotherapy over those last days and what type of physical and mental declines they suffered during that time. Among the patients who began that last week with the highest level of functionality, chemotherapy reduced their quality of life even after researchers adjusted for receipt of intensive care, ventilation or resuscitation. They fared worse on quality of life evaluations than similar patients who didn’t receive the drugs. More research is needed to understand how chemotherapy may impair quality of life and which aspects of physical and mental functionality may be most at risk as a result of these medicines, the researchers point out. Still, the authors conclude, clinical guidelines may need to be revised to recognize the potential harm of chemotherapy at the end of life for patients with progressive metastatic disease, a stage when tumors grow and spread quickly. For patients with metastatic cancer, chemotherapy isn’t likely to achieve either of its main goals: making patients live longer or feel better, said Dr. Charles Blanke, a researcher at the Knight Cancer Institute at Oregon Health and Science University and co-author of an editorial accompanying the study. The challenge in meeting those criteria is that doctors often can’t predict how soon patients – even terminal cancer patients – will die, and these patients may want to fight the tumors with every medical option available even if it has terrible side effects, he writes. While there may not yet be enough evidence to change clinical guidelines, there is still cause for doctors to take a cautious approach to chemotherapy at the end of life and have frank discussions with patients about their options, Blanke told Reuters Health by email. “Doctors are obligated to help patients in ways likely to make a difference in their quality of life – controlling pain, improving mood, addressing sleeplessness, etc. – and should offer chemotherapy only as a last resort for those who still want it after true informed consent as to the unlikelihood of it doing any good,” Blanke said. “Doctors need to emphasize they will not abandon the patient with end-stage disease, and that there are ways to help that are not ‘active treatment,’” he said. –Reuters