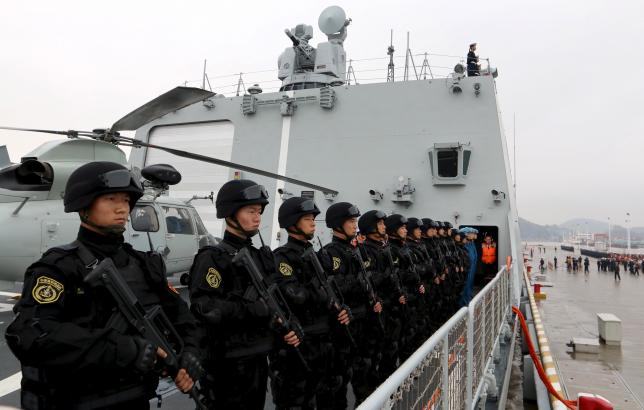 BEIJING - China's foreign ministry added its support on Tuesday to calls for a ceasefire inYemen, after Russia and the Red Cross appealed for a military pause to allow humanitarian aid deliveries and the evacuation of civilians. Ministry spokeswoman Hua Chunying told a daily news briefing that China was deeply concerned about the situation in Yemen. "We call on all relevant parties to quickly implement a ceasefire and avoid further civilian casualties," Hua said. "China also hopes that all relevant sides can earnestly implement relevant U.N. Security Council resolutions and Gulf Cooperation Council proposals and resolve the crisis through political dialogue so as to quickly restore Yemen's stability and normal legal order." China was paying close attention to the humanitarian situation in Yemen and urged all sides to respect international law and facilitate evacuation measures, Hua said. The fighting has killed hundreds of people, cut off water and electricity supplies and led the U.N. children's agency UNICEF to warn that Yemen is heading toward a humanitarian disaster Saudi Arabia, the main Sunni Arab power in the Gulf, launched the air campaign on March 26 to try to contain the Shi'ite Houthis and restore President Abd-Rabbu Mansour Hadi, who has fled Aden for refuge in Riyadh. The International Committee of the Red Cross and UNICEF planned to fly aid planes intoYemen on Tuesday, but the missions have been delayed as they seek clearance from Arab states waging air strikes and hunt for planes prepared to fly to Yemen. China, a low-key diplomatic player in the Middle East despite its reliance on oil from the region, has previously expressed concern at the upsurge in violence in Yemen and called for a political solution. - Reuters