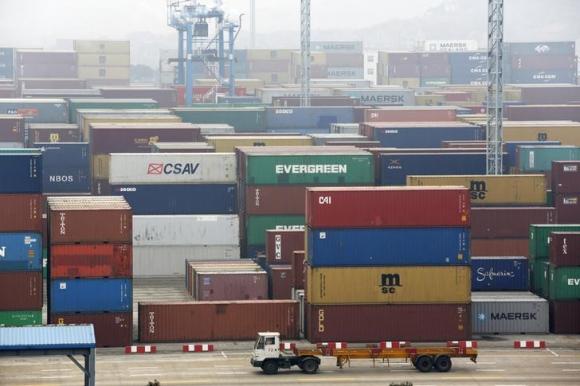 SHANGHAI (Reuters) - Weakness in China's vast manufacturing sector, aggravated by high real borrowing costs and weak demand, appears to have driven the central bank to accelerate the pace of monetary easing to ward off deflation in the world's second-largest economy. Cuts to benchmark lending and deposit rates, announced by the People's Bank of China (PBOC) on Saturday evening, pre-empted official data released on Sunday that showed a second consecutive month of shrinking manufacturing activity for February. While economists had been predicting further easing to support the struggling economy, some were surprised that the PBOC made its move just days before China's national legislature will meet to set the official economic growth target for 2015. "This rate cut signals policymakers' willingness to take further action to ease financing conditions in an effort to maintain stable growth," wrote Nomura analysts' in research note that said the cut had come sooner than predicted. "It also suggests that growth may have slowed sharper than we expected." China posted its slowest growth in decades in 2014, at 7.4 percent, and sources told Reuters in January the government had settled on a target around 7 percent this year. While Beijing has signalled it is comfortable with a moderating pace of growth as it shifts away from investment-intensive export manufacturing toward services, that transition remains a work in progress and the factory sector is still a major employer and consumer in its own right. Although China's official purchasing managers index (PMI) remained below the 50-level that separates expansion from contraction in February, at 49.9 it had rebounded slightly from January's reading and also beat more pessimistic forecasts. A preview of the data was not enough, however, to dissuade the PBOC from making its second interest rate cut since a surprise reduction in November. The central bank, which also just four weeks ago reduced the level of cash banks must hold as reserves (RRR), did not address directly why it had chosen to move so quickly. But its statement noted that the goal of the cut was to keep "real interest rate levels suitable for fundamental trends in economic growth, prices and employment". While it said that the cut did not represent a change in monetary policy, the announcement did use new phrasing to describe the policy as "neutral and appropriate". Falling inflation, driven by tumbling commodity prices, has been pushing up the real cost of borrowing. Globally, around 20 central banks have cut rates since the start of the year. DEFLATION FEARS China's inflation and trade data for January were negative, with imports tanking nearly 20 percent. With Sunday's PMI survey also showing an employment sub-index at its lowest level in two years, there has been little for Beijing to take comfort from so far in 2015, even allowing for seasonal distortions from the Lunar New Year holiday. "Given the extent of the deceleration in inflation, as well as the uncertain outlook of the property market, we believe more rate cuts will likely be needed to keep growth steady in the coming quarters," wrote HSBC economists in a research note. "In fact ... real rates will still remain high compared with the level of economic return." The PBOC has highlighted its increasing concern about deflation, with an article in its official newspaper on Wednesday warning that the risk of a deflationary cycle setting in were under-appreciated. The cuts thus far are seen primarily as reducing the impact of these high real rates on heavily indebted Chinese firms - in particular the large, state-owned companies able to borrow from banks at benchmark rates. The PBOC said in its statement that it believed the cuts would lower borrowing costs throughout the system, but some analysts questioned that assertion. "We are not convinced. There is no clear transmission from bank deposit rates to market interest rates," wrote Mark Williams, chief Asia economist at Capital Economics in a research note, adding that overall credit growth has continued to slow, in part due to a crackdown on shadow banking. "The reduction in financing costs will help many indebted firms but ... the binding constraints on bank lending are the official lending quotas. As a result, rate cuts do not in themselves do anything to boost lending." To really juice credit creation, in particular the kind that trickles down to the more economically dynamic private sector, most economists believe the bank will have to do many more cuts to both rates and RRR.