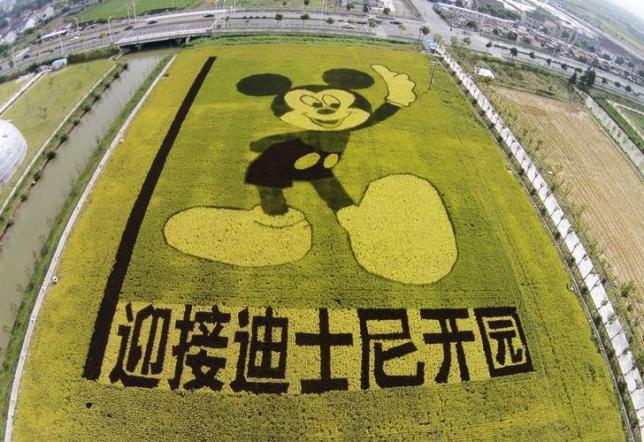 BEIJING – China will give special trademark protection to Walt Disney Co as the iconic U.S. firm prepares to open its first theme park in mainland China next year, a regulator said on Thursday. Authorities will carry out a year-long campaign to crack down on Disney counterfeits, the State Administration for Industry and Commerce (SAIC) said, underlining wider concerns that fake products are damaging the country's reputation. "(This) will promote the development of a fair and competitive market, and protect China's international image for safeguarding intellectual property rights," the statement said, adding the "special operation" would run until October 2016. China has struggled to shake off a reputation for fakes, from replica handbags to knock-off cars, which cause headaches for global brands such as iPhone maker Apple Inc and luxury retailer LVMH. The SAIC statement added it would create "emergency teams" to help protect Disney trademarks, increase training for forces to spot illegal behavior and boost monitoring of Disney counterfeits online. More than 40 percent of goods sold online in China last year were either counterfeits or of bad quality, the official Xinhua news agency said this week. Disney, which is developing the $5.5 billion theme park with China's state-owned Shanghai Shendi Group, will be hoping it can tap into growth in the world's second-largest economy despite the country's recent slowdown. Disney opened its largest store to date in Shanghai in May, and is tapping China's fast-growing film market. The latest film in its "Avengers" series took the number-two spot in the country's 20.4 billion yuan (£2.1 billion) box office for the first half of the year. Disney earlier this year delayed the opening of the Shanghai Disneyland resort until the first half of 2016 from a previously scheduled start at the end of 2015. –Reuters