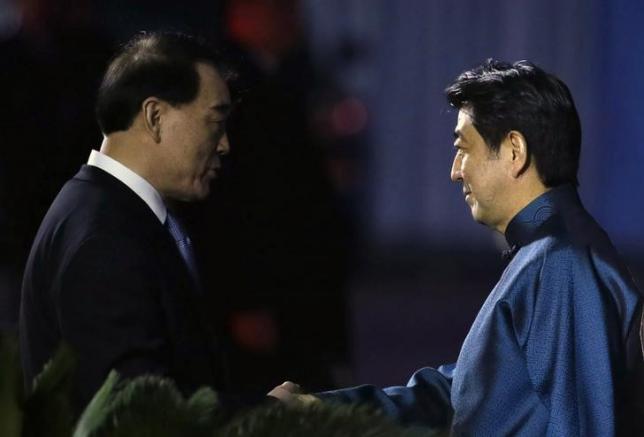 BEIJING - China is not aware of any plan to discuss the disputed South China Sea at an Asia Pacific leaders' summit next week in Manila, a senior Chinese diplomat said on Tuesday, amid tensions between China and the Philippines over the waters. Chinese President Xi Jinping is attending the summit of the Asia-Pacific Economic Cooperation (APEC) group. The APEC meeting will take place in Manila from Nov. 17 to 19. APEC's members include the United States, China, Japan, South Korea, Indonesia and Canada, and together account for 57 percent of global production and 46.5 percent of world trade. "Everyone knows that APEC is primarily about discussing trade and financial cooperation in the Asia Pacific," Chinese Vice Foreign Minister Li Baodong told reporters. "As far as I know, at this year's summit, there are no plans to discuss the South China Sea." China has overlapping claims with Vietnam, the Philippines, Malaysia, Taiwan and Brunei in the South China Sea, through which $5 trillion in ship-borne trade passes every year. A summit of the Association of Southeast Asian Nations last week, attended by both the United States and China, failed to produce a final statement because the delegations could not agree on whether to mention the South China Sea dispute. China has been particularly angered by a case lodged by the Philippines with an arbitration court in the Netherlands over the South China Sea. China says it will neither recognise nor participate in the case. Chinese Foreign Minister Wang Yi will visit the Philippines on Tuesday to discuss preparations for Xi's visit and ways to improve Beijing's relations with Manila. Separately, China's Defence Ministry said that naval chief Wu Shengli had left for a visit to Malaysia and Indonesia. It gave no other details. Malaysia, another claimant in the South China Sea, has taken an increasingly vocal position on the dispute of late. -Reuters