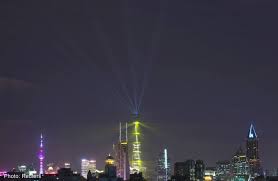 SHANGHAI (Reuters) - China does not audit the 4 trillion yuan ($637.42 billion) of assets its state-owned enterprises (SOE) hold overseas, Xinhua news agency reported, highlighting difficulties the government faces when expanding its anti-corruption drive to SOEs. Anti-graft authorities will inspect major SOEs this year, state media reported in January, as part of a campaign initiated by President Xi Jinping that has felled a swathe of high-ranking executives. SOE overseas assets are "virtually not audited," Xinhua cited Dong Dasheng, a former deputy auditor general of the National Audit Office, as saying. Official figures showed the value of assets at around 110 SOEs totaled 35 trillion yuan at the end of 2013. Of that, they showed 12.5 percent were overseas, meaning over 4 trillion yuan in assets was not subject to any detailed government audit. Of around 110 SOEs, 57 are officially audited and the remainder are subject to various authorities, Dong said. Their swift expansion overseas has created gaps in coverage, he said. "This does not satisfy the legal responsibilities of the auditors," said Dong, who is a member of government advisory body, the Chinese People's Political Consultative Conference. All SOEs, including their foreign investments, should be audited every one or two years, with a particular focus on revenue and expenditure, Dong said. Major reorganization, acquisitions, disposals, transfers and significant projects should be subject to "special auditing tracking", he also said without elaborating. Full accounting of overseas assets is likely to be of interest for any anti-corruption investigation, analysts said, but they questioned whether it would shed much further light on the overall state of SOE balance sheets. "I would be very surprised if this changes the overall audit result," said Helen Qiao, chief Greater China economist at Morgan Stanley. "It's very hard, however, to estimate the overall size of SOE assets because of valuation difficulties – mostly we have data on investment flows rather than the value of the existing stock." The Xinhua report came after the Central Commission for Discipline Inspection said it would strengthen a campaign to seek international cooperation in tracking down economic fugitives and ill-gotten overseas assets, state media reported.