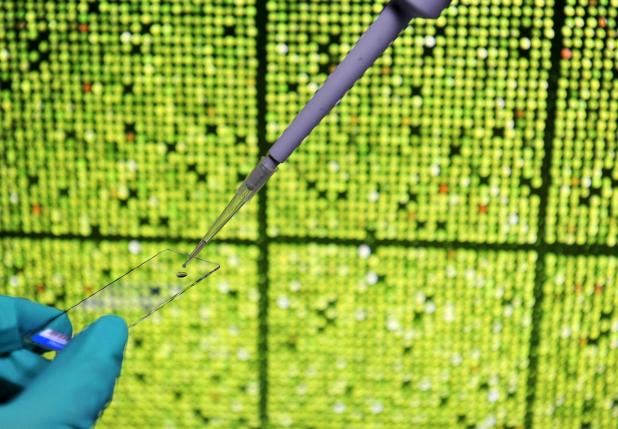 It has to advertise this with caution. China's strict regulation of its IVF market forbids gender selection, requires birth licenses and proof of marriage, and prohibits some more advanced procedures - rules that have pushed patients to go overseas or seek treatment in unregulated clinics at home.

Demand for IVF in China is expected to rise after Beijing scrapped its controversial one-child policy in October, which will strain already-crowded state-run hospitals but create opportunities for overseas health centers, firms helping train local doctors - and underground clinics.

"Here we can do IVF with gender selection and you don't need lots of documentation," a doctor at the Guangdong clinic surnamed Hao told Reuters, adding there had been a 50 percent jump in consultations since the one-child policy announcement.

She said many of her patients were younger women opting for IVF so they could choose a boy, a traditional preference. The doctor did not give her full name and "Nanfang" is a common name for businesses in southern China.

Beijing's tight control makes it hard for private firms to operate IVF clinics in the country, but growing demand for doctors and specialists has created other gaps in the market.

"Training to help up-skill clinicians and embryologists to treat the patients is definitely a big growth area," said Jason Spittle, global director of training at US medical device maker Cook Medical, which has a reproductive health unit.

"China is set to be the biggest IVF market in the world, probably within the next couple of years."

Chinese couples who have the financial means often go abroad to the United States, Australia, Thailand and Vietnam for IVF.

"The biggest driver is that there are so many hoops to jump through to get IVF treatment here," said Mr Lei, a China-based intermediary who helps patients go to Thailand, who like many Chinese was reluctant to give his full name to a reporter.

Rising Chinese demand for fertility treatments is therefore good news for overseas clinics such as Australia-based Monash IVF Group and Virtus Health or Superior A.R.T. in Thailand, where 30-40 percent of patients come from China.

"Our clinic has prepared Chinese-speaking staff to coordinate with rising number of Chinese patients," said Superior A.R.T. deputy manager Arnon Sinsawasdi, adding the end of the one-child policy should give business a boost.

IVF Australia, part of Virtus Health, plays on Chinese demand for the latest procedures with a Chinese-language website advertising its "cutting-edge technology" to help parents "achieve their dream of having a child".

"Lots of patients go to these places just because they have unique demands. For example domestically they can't do things like surrogacy or gender selection," said Li Yuan, director of reproductive medicine center at Beijing Chaoyang Hospital.

Non-commercial surrogacy is allowed in Australia, while the United States permits gender selection. Thailand, though, has been cracking down on both practices to close loopholes that have lured patients from overseas.

"Clinics are so busy it's unbearable. Whichever hospital you go to it's always rammed with people," said a junior doctor at an IVF clinic in Shanghai, who asked not to be named.

This creates a market for unregulated providers, who advertise their offerings online and on social media platforms, while avoiding detection by overworked watchdogs despite a recent crackdown on the market.

"In the past few years our checks in some areas haven't been strict enough, routine oversight has been lax, and strikes against illegal behavior have fallen short," China's health ministry said in a statement in July.

"That's led to chaos in the assisted reproduction market."

Patient numbers are still climbing too. There were nearly half a million treatment "cycles" in 2013 at 356 approved clinics, compared with just under 200,000 cycles that year in the higher-value US market.

Despite the growth, though, many still struggle to get access to IVF at all: poorer provinces have few clinics and many can't afford a pricetag that starts at 30,000 yuan ($4,697).

"You can't use state insurance, it's all paid out-of-pocket," said Ms Cui, 37, a financial worker in Dalian who underwent successful IVF treatment in 2013. "I was lucky that it worked in one go, but many people try a number of times which mean it's even more expensive." -Reuters