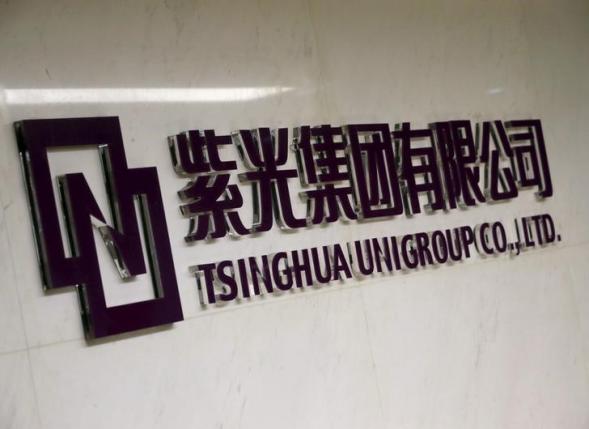 TAIPEI/TOKYO - China's unabashed interest in foreign chipmakers in an already record year of deals has been quickly read by rivals as a sign that mergers and acquisitions (M&As) will get more competitive and target companies will get more expensive. Chipmakers have announced over $80 billion worth of M&As in 2015. Chipmakers are acquiring peers to expand capacity and capabilities ahead of an explosion in demand for all kinds of semiconductors necessitated by the Internet of Things. "The days of growing organically through technological advantage are over," said Hidetoshi Shibata, chief financial officer of Japan's Renesas Electronics Corp (6723.T). "Scale and having a wide variety of solutions have become crucial." But a Chinese buying spree could push the value of merger targets beyond rivals' reach. Tsinghua Unigroup Ltd is leading China's development of a national semiconductor industry with $10 billion spent on M&As over the past two years and plans for almost $50 billion more over the next five. "Chinese companies do pay quite a lot," Shibata said in an interview. "The concerns are that they jack up M&A valuations and that they become huge rivals." Many Chinese deals are by privately held parties, such as Tsinghua, which this month earmarked almost $13 billion for a memory chip factory. In April, a group of Chinese investors agreed to buy U.S. smartphone camera chip maker OmniVision Technologies Inc (OVTI.O) for about $1.9 billion in cash. "It's not over," Handel Jones, chief executive of chips consultancy International Business Strategies, said of overall chip sector M&As. "We know of a number of additional activities going on; some will be announced in the next couple of weeks." Jones said he expects consolidation among companies making chips for memory and power management. NO PANIC Chipmakers' strategies have diverged since the 2011 peak of the industry's mainstay market of personal computers (PCs). Some have bet on energy-efficient chips for smartphones, fail-safe chips for vehicles, hefty server chips powering databases, or chips for myriad household goods under the Internet of Things. "There are simply too many potential variables in play for any participant to feel secure, and both industries (chips and PCs) have a history of creating big winners and big losers based on correctly anticipating the technology path," said Bob Merritt, an independent consultant to the chip industry. The result is firms merging to pool skills and technology, with early movers prodding those fearful of being left behind. Microsemi Corp (MSCC.O) of the United States became the latest dealmaker on Tuesday with a $2.5 billion offer for compatriot PMC-Sierra Inc (PMCS.O). "There is no panic but there certainly is a sense of urgency," said Pallavi Madakasira of Lux Research. CONFUSION China's role has been as much to confuse as galvanize. Some deals, such as Tsinghua's 15 percent purchase of Western Digital Corp (WDC.O), involve low-margin, commodity-type hard disk drives and memory chips with seemingly limited growth prospects. "Some of the activity I don't quite understand," Mark Liu, president and co-chief executive officer at Taiwan Semiconductor Manufacturing Co Ltd (2330.TW), said in an interview. Analysts attribute much of the activity to Chinese aspirations as an emerging superpower to become self-sufficient in stand-out industries, by controlling all aspects of a business and developing products to rival established players. With the industry already in flux, China's ambition makes it increasingly difficult to predict how the landscape will change. "As people sort of rationalize these acquired businesses and cut back on development, where is your growth coming from in three to five years?" said analyst Gus Richard at Northland Securities. "It's hard to start making predictions because people are doing things outside of what I would think would be normal behavior." -Reuters