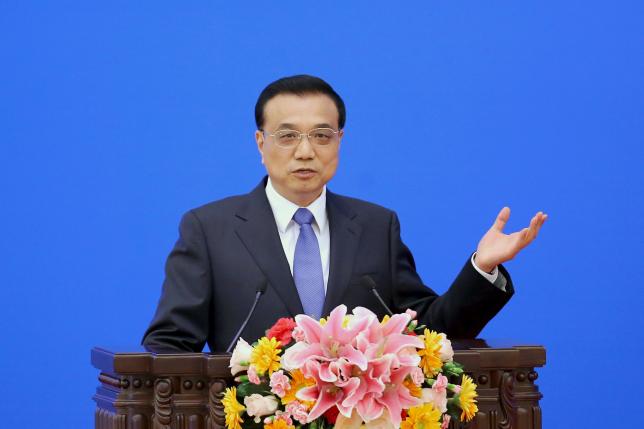 SHANGHAI - China plans to cut red tape and reduce costs for Chinese firms looking to spread their reach overseas to help boost growth and stave off a wider economic slowdown, according to a statement from the ruling State Council. "This will help us withstand the downward economic pressure, and push China's development into new spaces," the statement, released late on Friday, quoted Premier Li Keqiang as saying at a meeting with officials and business leaders. Li said China should boost financial mechanisms to support companies investing outside China's borders and streamline approval processes to help companies set up facilities overseas. Some sectors would still require stricter approvals, he said. "We should clear up or remove unreasonable restrictions or costs holding back investment overseas to allow our industries to charge out into the world unfettered and rise up through facing competition on the global stage," he added." Chinese companies in sectors from consumer goods to railways and nuclear energy are increasingly looking to tap overseas markets as growth at home slows, as well as to gain valuable technical knowledge through tie-ups with international firms. Li said China had the expertise and capability to provide equipment and services to developing countries for big engineering projects, reflecting Beijing's recent push to create a modern day "Silk Road" that will connect countries around the region through infrastructure investment. Chinese President Xi Jinping said last week he hoped the country's annual trade with countries along the Silk Road would surpass $2.5 trillion in a decade. Beijing has previously urged Chinese firms to increase their overseas presence to boost competitiveness with global rivals. - Reuters