In a tweet on Wednesday, he said: “There will be accountability for all. Those who do not perform in the interest of the common man will be taken to task.”

He said that the Punjab police and the provincial government had removed the Kasur DPO, while SP investigation Kasur had been surrendered, charge sheeted and being proceeded against.

He said that the DSP and the SHO had also been suspended. “Moreover, major overhaul will be made in the Kasur police. Formal probe has been ordered under Addl IG,” he added. 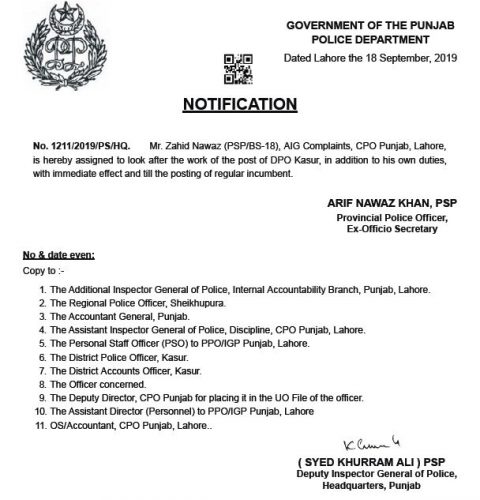 The police said that children were murdered after being sexually assaulted.

A wave of shock and terror gripped Chunian when the police recovered the children bodies. Infuriated protestors attacked the police station with sticks and pelted stones at the premises.

The demonstrators demanded the arrest of the murderers. The post-mortem report of one child confirmed he had been raped before being murdered.

The protesters also burned tyres at roads and chanted slogans against police to express their anger and disappointment over the department’s failure in safe return of the missing children.

Four children between eight to 12 years of age had gone missing in Chunian since June with the latest, Faizan, 8, who disappeared on Monday night. On Tuesday, police was informed about a body in a ditch. Later, the police also recovered remains of two more minors from the sand dunes.