During the hearing, Chief Justice Gulzar Ahmed remarked that no wrongdoing can be done without the concurrence of the management. "Remove all officers and then start sacking the employees," the top judge said.

He also remarked that the management of the Pakistan Steel Mills is responsible for its downfall. said that mills that have been closed don’t need a managing director or CEO. "These offices are nothing but a burden on the national treasury," he remarked.

The chief justice hinted that the court will close down the mills if the management refuses to improve their performance. He remarked that a short order will be issued later in the day.

On June 3, the Economic Coordination Committee approved firing all employees of the Pakistan Steel Mills. A Rs20 billion package has been prepared for the employees and each of them will be given at least Rs2.3 million as golden handshake

CALIFORNIA (Reuters) – A US agency investigating Facebook Inc for racial bias in hiring and promotions has designated the probe as “systemic,” attorneys for three job applicants and a manager who claim the company discriminated against them told Reuters on Friday.

ISLAMABAD (92 News) - Hearing the presidential reference on holding an open ballot for the upcoming elections, Chief Justice of Pakistan (CJP) Gulzar Ahmed remarked that the Constitution does not mention the procedure to hold Senate chairman elections.

KARACHI (92 News) – The sacked employees of the Pakistan Steel Mills (PSM) continued their protest at the railway track on Tuesday.

ISLAMABAD (92 News) - Expressing its indignation at Karachi's power supply utility K-Electric for continued loadshedding despite a warning issued to it earlier, the Supreme Court (SC) sought a plan

SC directs NDMA to clean all drains in Karachi

KARACHI (92 News) - The Supreme Court (SC) has directed National Disaster Management Authority (NDMA) to clean all Karachi drains and remove encroachments around them on Wednesday. A three-member bench headed

It looks like NDMA should be dissolved, CJP remarks in COVID-19 suo moto case 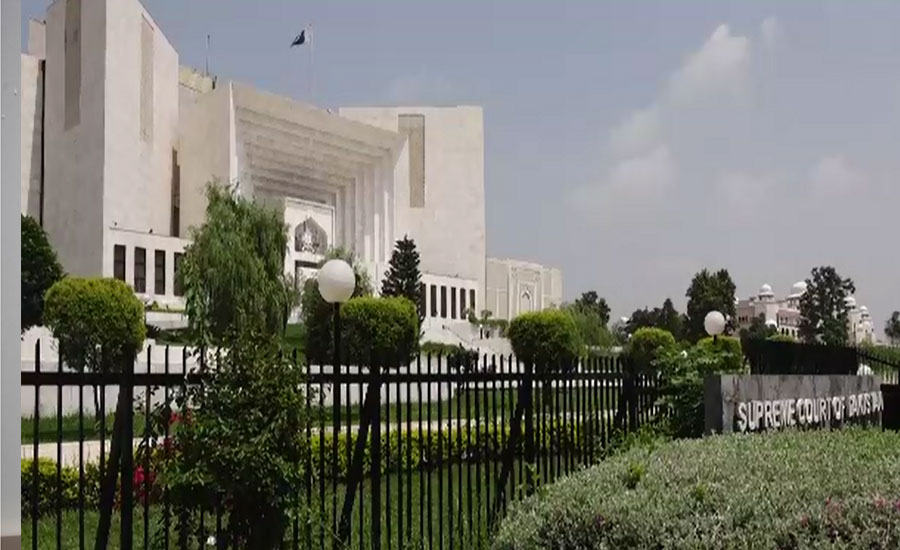