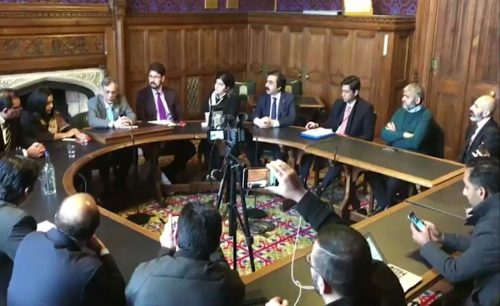 CJP Nisar quoted a saying of Hazrat Ali, the fourth caliph of Islam, that a “society can survive with infidelity (kufr), but not injustice”. Replying to a question from a journalist, the top justice said that he has not declined the importance of the justice and all would be informed immediately what will be happened with the people who gave disgracing remarks and threatening statement.

The CJP said that the government of Pakistan has to act strong or there will be no end and this will show the failure of the state. He said safeguarding Asia Bibi is responsibility of the government.

To a question related Asia Bibi should be given asylum in the UK, the CJP replied, “It’s the duty of the state to protect the life and property of its citizens and if she is sent abroad it means that the state of Pakistan has failed.” 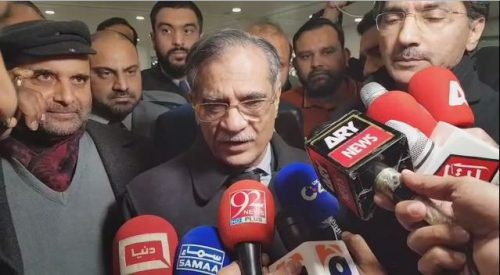 Addressing to the British Pakistani parliamentarians, the chief justice said that the CJP said that Pakistan is facing acute water shortage and water resources have mainly either dried up or drying up fast, therefore it was most important to find new resources of water.

Mian Saqib Nisar said he decided to work on the need for constructing dams after realising that how serious this problem was. He thanked overseas Pakistanis for their efforts in helping Pakistan whenever the need arose.

British Pakistani parliamentarians had invited the chief justice for a tour of the British parliament.

A day earlier, the chief justice reached London for campaign to raise fund for the construction of the dam. 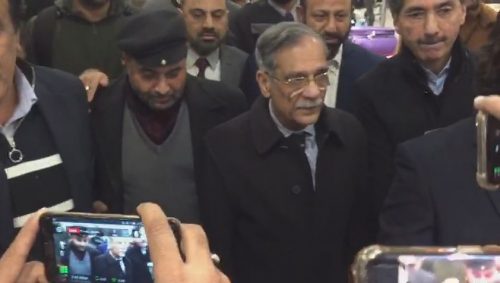