Clarke lashes out at Buchanan, Symonds 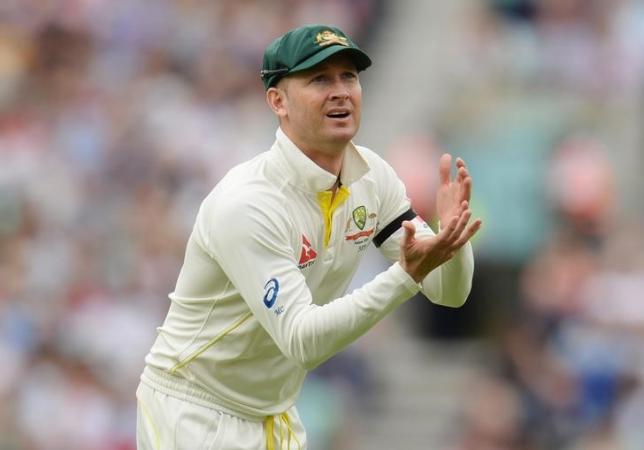 Clarke lashes out at Buchanan, Symonds

SYDNEY - Michael Clarke has hit out at former coach John Buchanan for criticism levelled at him when he retired earlier this year, saying his dog could have led Australia to world domination in the 2000s. Former captain Clarke, who stepped down after the Ashes series in England, also took a shot at his erstwhile team mate Andrew Symonds for questioning his leadership credentials. "Andrew Symonds went on TV to criticise my leadership. I'm sorry but he is not a person to judge anyone on leadership," Clarke wrote in his Ashes Diary 2015. "This is a guy who turned up drunk to play for his country. It's pretty rich for him to be throwing rocks." Symonds was sent home from the Twenty20 World Cup in England in 2009 and had his Cricket Australia contract cancelled for going to a bar without permission. Australia won a world-record 16 consecutive test matches, won a series in India, three 50-overs World Cups and three Ashes series when Buchanan was in charge from 1999 to 2007. The Queenslander, who had a short and undistinguished first class career, clearly provoked Clarke's ire when he suggested the "baggy green" culture had diminished under his captaincy. "I don't think John knows a thing about the Baggy Green, having never worn one," Clarke wrote. "He's still living off the fact that he coached a team that anyone, even my dog Jerry, could have coached to world domination." Shane Warne, a close friend of Clarke and one of a string of all time greats that formed the backbone of the Australia side of the 2000s, has made it clear on many occasions how little credit he feels Buchanan deserves for their success. But Shane Watson, a former Australian test vice captain who also retired this year, said he thought Clarke's assessment was "incredibly harsh". "I sit back and see what John Buchanan did and how he was able to keep those strong very personalities and strong egos ... and kept them moving in the same direction," the all-rounder, who comes from the same town as Buchanan, told Fox Sports TV. "And looking back now, he's got an incredible skill to be able to do that." -Reuters