CMs, governors and ministers congratulate 92 News on its 6th anniversary

CMs, governors and ministers congratulate 92 News on its 6th anniversary

Acknowledging the responsible journalistic character of 92 News, Sindh Chief Minister Murad Ali Shah said that the channel is the best addition to the journalistic world, which narrates facts in an amicable manner.

Balochistan Chief Minister Jam Kamal expressed his good wishes for 92 News and said the channel points out each issue. 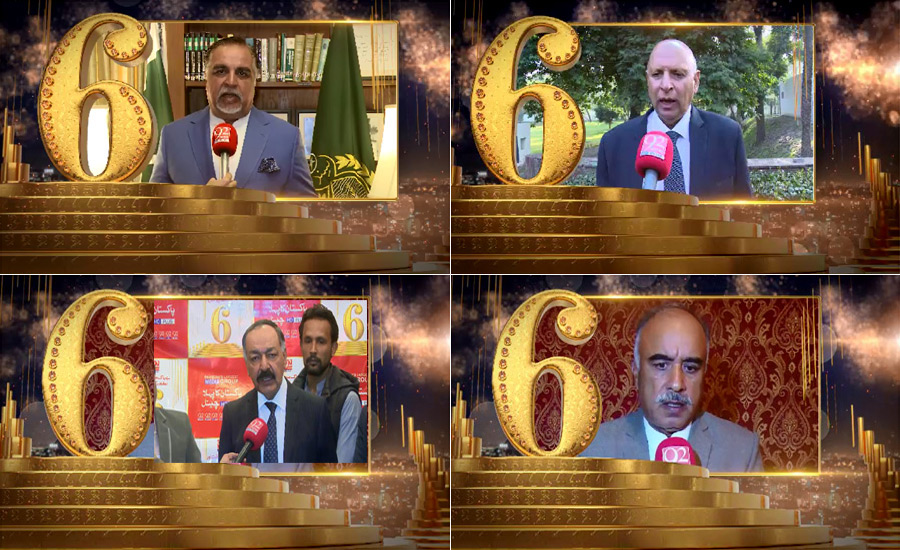 Punjab Governor Chaudhary Sarwar said his good wishes are with 92 News that is performing well.

Sindh Governor Imran Ismail said that 92 News has achieved a remarkable place in journalism by virtue of dedication and hard work.

Khyber Pakhtunkhwa Governor Shah Farman said that 92 News is the best addition to the journalistic world, praying for continuity of its success.

Punjab Assembly Speaker Chaudhary Pervaiz Elahi said that 92 News has done the best work in the shortest period. "92 News has become a big channel in news, analyses and religious programmes," he added.

He said that 92 News has a distinguished position due to responsible journalism.

Congratulating 92 News on its 6th anniversary, Federal Minister for Science and Technology Fawad Chaudhary said that he had also been associated with the channel and spent his best time there. "No one can introduce such modern technology, which is highly laudable," he added.

Federal Minister for Planning Asad Umar expressed his good wishes and said 92 News had achieved a distinguished status in a short period. "92 News is also playing the best role in creating an awareness among the masses," he added.

LAHORE/KARACHI (92 News) – Cake-cutting ceremonies were held on the 6th anniversary of 92 News, the first HD Plus channel, in several cities on Saturday.

Bajaur (92 News) – Two terrorist commanders were killed in an encounter with security forces in Bajaur District on Tuesday.