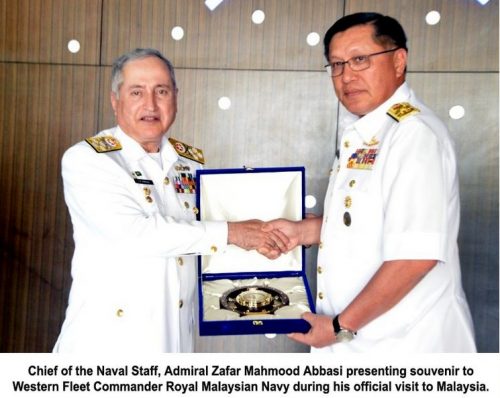 Upon his arrival at Headquarters Western Fleet in Lumut, the Admiral was warmly received by Royal Malaysian Navy Western Fleet Commander Vice Admiral Dato’ Aris Adi Tan Bin Abdullah. The guard of honour was also presented to the Naval Chief on the occasion.

During the meeting, matters of mutual interest and bilateral naval collaboration were discussed. A brief was also given to the Naval Chief on roles and tasks of Western Fleet Command. 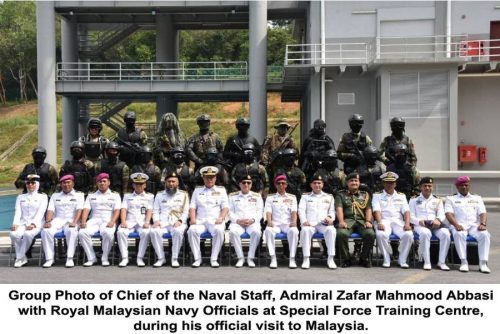 The Chief of the Naval Staff also visited Special Force Training Centre and Naval Education and Training Command and called on heads of these institutes. The Admiral then witnessed the facilities at the Centres and appreciated the quality of training. 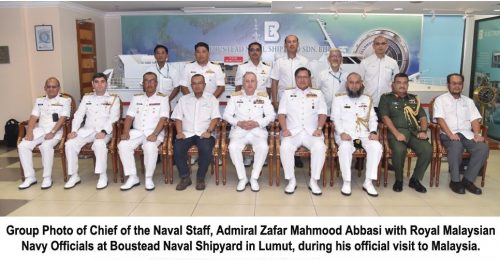 Later, the Naval Chief visited Boustead Naval Shipyard in Lumut. Upon arrival at the Yard, the Admiral was received by head of the shipyard and was given a detailed briefing on the facilities at the shipyard. Thereafter, the Naval Chief visited various sections of the yard and appreciated the quality of work being undertaken at Boustead Naval Shipyard. The Naval Chief also visited Headquarters Malaysian Naval Air Arm, reviewed the Quarters Guard and various facilities at the HQ Naval Air Arm.

It is expected that current visit of Chief of the Naval Staff would greatly augment the bilateral cooperation between both the countries in general and the two navies in particular.