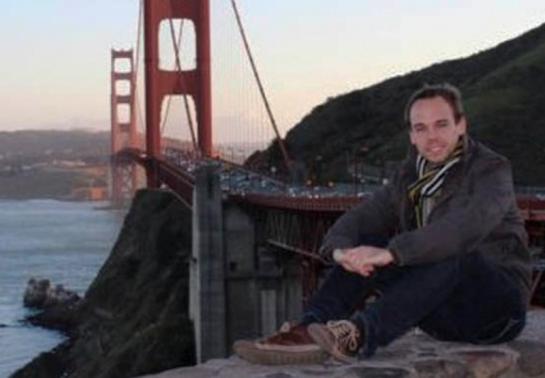 PARIS/SEYNE-LES-ALPES - A young German co-pilot barricaded himself alone in the cockpit of Germanwings flight 9525 and apparently set it on course to crash into an Alpine mountain, killing all 150 people on board including himself, French prosecutors said on Thursday. They offered no motive for why Andreas Lubitz, 27, would take the controls of the Airbus A320, lock the captain out of the cockpit and deliberately set it veering down from cruising altitude at 3,000 feet per minute. German police searched his home for evidence that might offer some explanation for what was behind Tuesday's crash in the French Alps.
The scenario stunned the aviation world. Within hours of the prosecutors' announcement, several airlines responded by immediately changing their rules to require a second crew member to be in the cockpit at all times. That is already compulsory in the United States but not in Europe.
Canada said it would now require it of all its airlines. EasyJet, Norwegian Air Shuttle and Air Berlin were among other carriers that swiftly announced such policies. Among those that didn't was Germanwings parent company Lufthansa, whose CEO said he thought it was unnecessary. But the airline came under swift pressure on social media to make such a change and later said it would discuss it with others in the industry. French and German officials said there was no indication Lubitz was a terrorist but offered no rival theories to explain his actions. Acquaintances described him as an affable young man who had given no sign of harmful intent. Lubitz acted "for a reason we cannot fathom right now but which looks like intent to destroy this aircraft", Marseille prosecutor Brice Robin said. Setting the plane's controls for rapid descent was an act that "could only have been voluntary", Robin said. “He had... no reason to stop the pilot-in-command from coming back into the cockpit. He had no reason to refuse to answer to the air controller who was alerting him on the loss of altitude." The captain, who had stepped out of the cockpit, probably to use the toilet, could be heard on flight recordings trying to force his way back in. "You can hear banging to try to smash the door down," Robin said. Most of the passengers would not have been aware of their fate until the very end, he said: "Only toward the end do you hear screams," he said. "And bear in mind that death would have been instantaneous...the aircraft was literally smashed to bits." FlightRadar24, an online air tracking service that uses satellite data, said it had found evidence the autopilot was abruptly switched from cruising altitude to just 100 feet, the lowest possible setting. The plane crashed at about 6,000 feet. "Between 09:30:52 and 09:30:55 you can see that the autopilot was manually changed from 38,000 feet to 100 feet and 9 seconds later the aircraft started to descend, probably with the 'open descent' autopilot setting," Fredrik Lindahl, chief executive of the Swedish tracking service, said. Lufthansa CEO Carsten Spohr said its air crew were picked carefully and subjected to psychological vetting. "No matter your safety regulations, no matter how high you set the bar, and we have incredibly high standards, there is no way to rule out such an event," Spohr said. Attention was focused on the motivations of Lubitz, a German national who joined the Lufthansa-owned budget carrier in September 2013 and had just 630 hours of flying time - compared with the 6,000 hours of the flight captain. "SUICIDE" THE WRONG WORD "Suicide" was the wrong word to describe actions which killed so many other people, Robin, the French prosecutor, said: "I don't necessarily call it suicide when you have responsibility for 100 or so lives." The family of the co-pilot, whose age was earlier misstated as 28, arrived in France for a tribute alongside other victims. They were being kept apart from the others, Robin said. Police searched the co-pilot's home in Montabaur, Germany, leaving with large blue bags of evidence and a computer. A man was led out of the building, shielded by police holding up jackets. Acquaintances in the town said they were stunned. "I'm just speechless. I don't have any explanation for this. Knowing Andreas, this is just inconceivable for me," said Peter Ruecker, a long-time member of the local flight club where Lubitz received his flying license years ago. "He was a lot of fun, even though he was perhaps sometimes a bit quiet. He was just another boy like so many others here." A photo on Lubitz's Facebook page, which was later taken down, shows a smiling young man posing in front of San Francisco's Golden Gate bridge. Investigators were still searching for the second of the two black boxes on Thursday in the ravine where the plane crashed, 100 km (65 miles) from Nice. This box would contain data from the plane's instruments. Under German aviation law, pilots may temporarily leave the cockpit at certain times and in certain circumstances, such as while the aircraft is cruising. Cockpit doors can be opened from the outside with a code, in line with regulations introduced after the Sept. 11, 2001 attacks in the United States, but the code can be overridden from inside the cockpit, making the door impenetrable. Germanwings said 72 Germans were killed in the first major air passenger disaster on French soil since the 2000 Concorde accident just outside Paris. Madrid revised down on Thursday the number of Spanish victims to 50 from 51. As well as Germans and Spaniards, victims included three Americans, a Moroccan and citizens of Britain, Argentina, Australia, Belgium, Colombia, Denmark, Israel, Japan,Mexico, Iran and the Netherlands, officials said. However, DNA checks to identify them could take weeks, the French government said. The families of victims were being flown to Marseille on Thursday before being taken up to the zone close to the crash site. Chapels had been prepared for them with a view of the mountain where their relatives died.